Tired of all this #WINNING yet? No? What’s it gonna take? – For the second straight trading day, every major U.S. stock market set a new record high close on Monday. This Trump economy is so resilient that all the Democrats and their toadies in the corrupt news media have essentially stopped trying to talk it into a recession at this point. It’s so bad for the economic news-fakers that MarketWatch ran a story with this headline: “The record stock-market run enters a new phase when beaten-down bears turn bullish.”  Cool.

This really happened. I swear I do not make this stuff up. – In an appearance on MSNBC’s Hardball with Chris Matthews Monday evening, California’s dimwitted congressman Eric Swalwell let loose with what can only be described as a big ol’ rocket fart on live national television. I kid you not, it was like something you get the morning after eating an extra large order of plastic cheese nachos at a baseball game. Here’s the video clip – watch as he actually pauses between words in order to trumpet his presence.:

Turn the sound on, this is real pic.twitter.com/DyElNSwYog

You could never make these Democrats up. Not in a million years.

Speaking of televised gaseous emissions, how about that Prince Andrew interview? – There appears to be a global consensus forming that convicted pedophile Jeffrey Epstein did not kill himself, and that has his former clients and associates very, very worried indeed.

No former pal of Epstein has a higher public profile than Prince Andrew of England’s ridiculous royal family. Andrew’s proclivity for hitting on underage girls has been a very public “secret” for so long that Johnny Carson was telling jokes about it on the Tonight Show as far back as 1984:

Faced with persistent rumors about his long friendship with Epstein and accusations of one of Epstien’s sex slaves that he had been one of her abusers, Prince Andrew decided it would just be a boffo idea to do an interview on BBC to put the whole kerfuffle to rest, and amazingly, the normally fairly sensible Queen Elizabeth apparently agreed.  The disaster that ensued is so epic that the royal family may never recover.

Andrew comes across in the interview as an obvious liar, with all the body language and nervous tics regularly displayed by obvious liars during questioning. The rapid eye-blinking, the shaking of the head while giving affirmative answers, the looking down to the left or up to the right while trying to think up a believable narrative, all of those nervous tics and more are ubiquitous throughout the Prince’s ordeal.

As are some of the most unbelievable “explanations” and Clintonian non-denial denials. When confronted by the BBC interviewer, Emily Maitlis, with the claim by former Epstein captive Virginia Roberts Giuffre that, on one of the several nights he abused her when she was underage, he sweated profusely while dancing with her, Andrew claims that he has, no wait, HAD a “peculiar disorder” in which “I didn’t sweat at the time because I had suffered what I would describe as an overdose of adrenaline in the Falklands War, when I was shot at … it was almost impossible for me to sweat.”

The Falklands War took place in 1982, more than 30 years before Andrew’s alleged dalliances with Giuffre. Pretty sure his adrenalin levels would have returned to normal by then.

As for the increasingly famous photo of the Prince with his arm around Giuffre’s waist and Epstein assistant Ghislaine Maxwell looking on with a smile, Andrew can’t bring himself to absolutely claim that the photo was faked, instead offering the Clinton-like explanation that “I don’t remember that photograph ever being taken … it’s me, but whether that’s my hand …”. Ah, yes, good man, the old faked hand in the photo caper, that’s it. Good show! 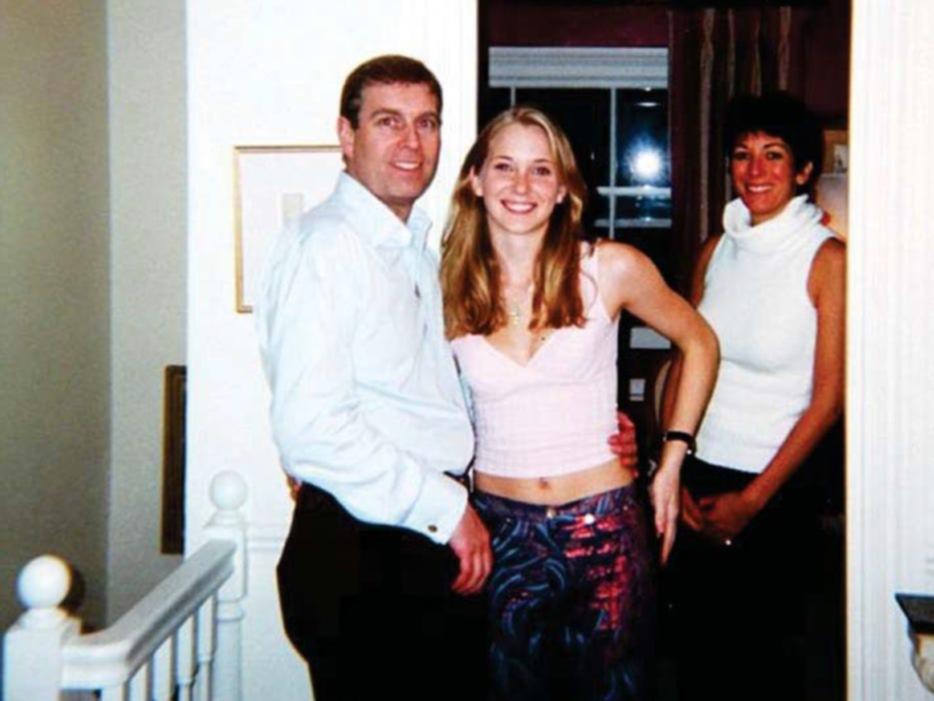 But the capper of all the cappers in this almost unbelievably disastrous interview came when Andrew attempted to explain why, after Epstein had already been convicted for his pedophile activities, he continued to visit his home in New York City, attending a party there as recently as 2010. Andrew’s answers there were that he continued his friendship with Epstein almost reluctantly, at one point saying that it was because he was just “too honorable.”

No kidding – he really said “too honorable.”

As if to make it all intentionally more absurd, he claimed that he chose to continue staying at Epstein’s Manhattan lair because it was “convenient.” Yes, one of the most-undeservedly massively wealthy men on earth, a man who could easily afford to rent an entire floor at The Plaza, chose to shack up with a convicted pedophile simply due to its convenience.

The decision by Prince Andrew to conduct this interview has to qualify as the single biggest brain fart in British history.

If you can stand it, here is the full interview for your viewing enjoyment: