When I first saw this, I thought it must be a typo. But this is no mistake or joke: While more than half the states in the U.S. have now lifted stay-at-home orders, the people of Oregon will remain imprisoned within their homes for another two solid months, thanks to their stupid decision to elect Democrat Kate Brown as their governor. Gov. Brown announced on Friday that she was extending her order through … wait for it … July 6!

Here is the text of the order:

Office of the Governor
State of Oregon 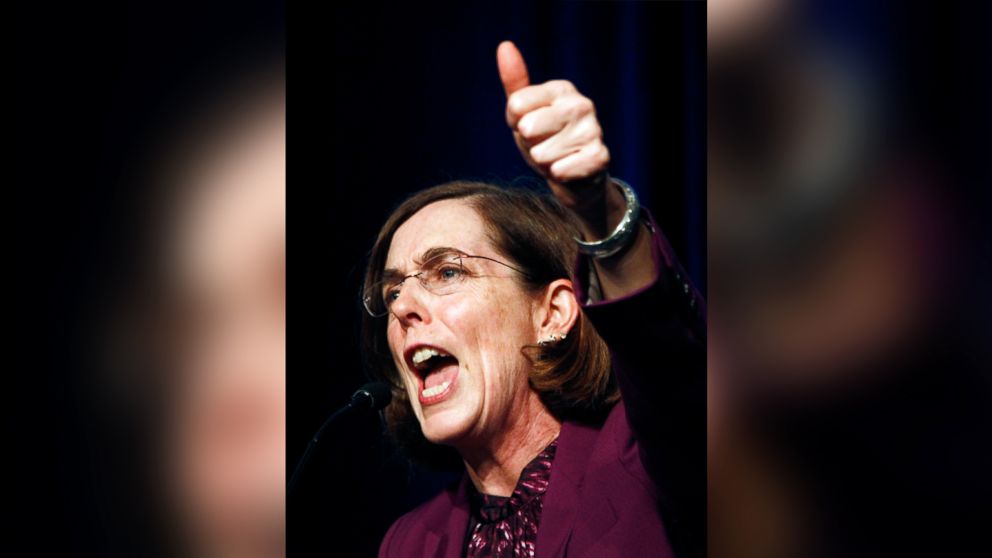 Obviously, Oregon’s main problem is poorly-run nursing homes housing elderly patients who are particularly vulnerable to this Chinese plague. But instead of attempting to intelligently address the heart of the problem in a strategic manner that protects the constitutional rights of the citizenry, this fascist Governor chooses to imprison her entire population for another two solid months.

As I discussed in this morning’s Campaign Update, we have a distressing and growing dichotomy in our country now between Free states and Prison states, one that breaks down almost exclusively along party lines. States with conservative Republican governors are by and large the Free states, and states with leftist/fascist Democrat governors are by and large Prison states.

Fox News displayed this map of states that were reopening parts of their economies on May 1:

The states reopening are appropriately shown in red, the color typically used for states that vote Republican in presidential elections. Note that this map does not show states that never had shut-in orders like South Dakota and Arkansas in red, nor does it include South Carolina, which had already moved to reopen much of its economy weeks ago. All of those states also have Republican governors.

The inclusion of Illinois, Maine and Nevada on this map is highly misleading. While the Democrat governors in those states did allow some very limited business openings on May 1, their states remain under heavy-handed restrictions and stay-at-home orders.

The political motivations for many of these ongoing statewide lock-downs are blatantly obvious at this point. There is absolutely no reason whatsoever for Oregon’s 4 million citizens to remain under a lock-down order, with hundreds of thousands out of work and thousands of businesses lost, other than raw partisan politics.

Democrat governors all over the nation are playing at a very dangerous and despicable game right now, destroying people’s businesses and livelihoods and denying their constitutional freedoms in an attempt to try to impact the November elections. If the voters of this country reward them for this act of depravity, our nation may never recover from the blow.