And now, a Because Science Look-in at how the “science” about COVID-19 is working out for the people in North Dakota and South Dakota:

This concludes your Because Science Look-in for today.

Speaking of COVID-19, here is what happens when CNN, MSNBC and every local news channel in America removes their “death tracker” graphic from you TV screens right after a new president is sworn into office:

Yes, America, fully 2/3rds of you approve of the non-existent “plan” of a DC Swamp Sock Puppet to address COVID-19, even though that very same sock puppet admitted just 3 days ago that he has no plan to address the viral gift from China over the next several months.

This is the power of mass brainwashing and fake polling by our Nazi-style news media.

Hey, wait, this is kind of inconsistent, isn’t it? – Meanwhile, as you are expected to believe the absurd results of that obviously faked-up poll, another leftwing media outlet, Axios, is telling that you do not trust Nazi-style news media to tell you the truth! Go figure.

I swear I don’t make this stuff up. Check out this excerpt from that story:

Trust in traditional media has declined to an all-time low, and many news professionals are determined to do something about it.

Why it matters: Faith in society’s central institutions, especially in government and the media, is the glue that holds society together. That glue was visibly dissolving a decade ago, and has now, for many millions of Americans, disappeared entirely.

By the numbers: For the first time ever, fewer than half of all Americans have trust in traditional media, according to data from Edelman’s annual trust barometer shared exclusively with Axios. Trust in social media has hit an all-time low of 27%.

Boy, that’s a real surprise, huh? Note how, in the passage I’ve bolded, Axios and Edelman include the corrupt, Nazi-style news media as one of “society’s central institutions”. Who knew that Fredo Cuomo was so crucial to the survival of our society?

But that’s not the best – and most insidious for our nation’s future – part of this Axios piece. Check this out:

How it works: Media outlets can continue to report reliable facts, but that won’t turn the trend around on its own. What’s needed is for trusted institutions to visibly embrace the news media.

The bottom line: CEOs have long put themselves forward as the people able to upgrade America’s physical infrastructure. Now it’s time for them to use the trust they’ve built up to help rebuild our civic infrastructure.

Get that last part that I bolded for you? Do you understand what is being telegraphed here? The CEOs of the companies you work for are about to be deluged with mass re-education propaganda by leftist media outlets and government officials, pounding on them to force their employees to attend retraining classes in which they will receive media-prepared propaganda designed to convince them that CNN, MSNBC, the New York Times and the Washington Post are the company-approved places to get their news.

Your CEOs will further be influenced to provide copies of government-approved newspapers to employees, and to ensure that the TVs in the company break rooms are all tuned to CNN or MSNBC. Some of that influencing will be subtle; some of it will be less subtle and will come in the form of “education materials” from federal regulatory agencies like OSHA, along with implied or perhaps outright threats of regulatory penalties for companies who do not comply.  Some of it will go directly to your CEOs; much of it will be routed to your company’s regulatory compliance and human resources managers.

Even more insidious, your CEOs and other key employees will be urged to implement internal programs to monitor which news sites their employees are accessing on company time, and to subject employees who access sites that are not approved by the government to additional re-education exercises. Eventually, this will all be turned into a key part of your annual employee evaluations.

Many of you will read all of this and think I’m crazy, that this would never happen in America. You would be wrong about that. If you are one of those people, bookmark this piece and check back in with me in three years so we can assess how it’s all going for you. 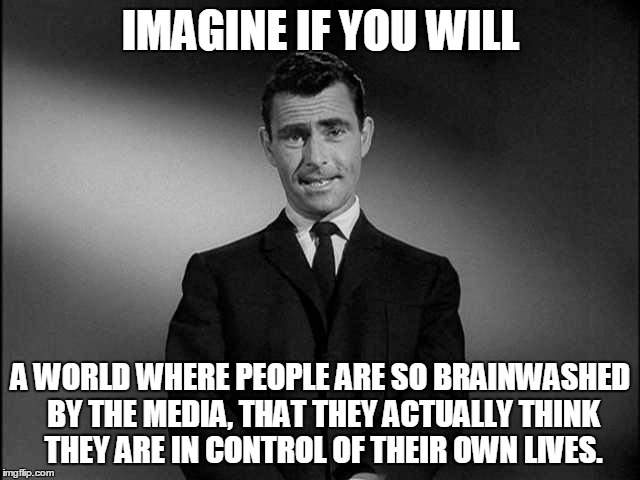