Chicago has exploded again as the Democrat-sponsored domestic terrorist groups Antifa and Black Lives Matter ramp up the chaos amid the feckless, demonic lack of leadership by communist Democrat Mayor Lori Lightfoot. Hundreds of rioters took to the streets of the Second City last night, looting stores all over town, including downtown Chicago’s vaunted “Miracle Mile,” which this morning looked like the local garbage dump.

Here are some highlights:

This is the scene this morning in Chicago

Chaos in Chicago last night as mass looting broke out after police officers returned fire on a suspect that reportedly shot at them
pic.twitter.com/T5YWLPfNtj

All bridges up in Chicago to prevent access to downtown. @cbschicago pic.twitter.com/KutdT8Nbc6

There are many, many others all over the Internet today. Naturally, after President Trump once again offered federal assistance to put down the violent rioters, communist Mayor Lightfoot squealed that “Under no circumstances will I allow Donald Trump’s troops to come to Chicago and terrorize our residents,” as if it’s the National Guard, and not the domestic terrorists burning the city down that is a threat to ordinary citizens.

Lightfoot’s mendacious response, of course, just shows that she is in fact a huge part of the problem, and has no intention of doing anything truly effective to protect the public.

Which brings me to a terrific Twitter thread put up by Breitbart writer John Hayward this afternoon. Hayward warns that, due to the complete takeover of the Democrat Party by its radical, Soros/Alinsky wing, Chicago – like Portland, Seattle, Minneapolis and other Democrat-run cities – is just an object lesson, and that any city can become just like it if voters stay asleep and keep voting for these seditious ghouls.

It’s a great thread, and worth posting in its entirety. Here it is:

Look at Chicago and understand this is every city, every town, under Democrat rule. If you're a working middle-class American, you're fighting for your life in the 2020 election, and voting Democrat is suicide. Abolish the Police is the only issue and they're on the wrong side.

Don’t let Joe Biden’s handlers convince you he’s some kind of “moderate” who just wants “reforms.” The Democrat Party is 100% run by extremists now. They are VERY insistent that when they say Abolish the Police, they mean exactly that.

The core ideology of the radicalized Democrat party requires dissolving the rule of law. This is baked into everything they say, every policy they push. They think impartially enforced law is racist, sexist, transphobic, etc. “Justice” is the antonym of “law” to them.

That’s why Dems shriek like banshees against the presumption of innocence, a core concept in the traditional American understanding of law and justice. Their ideology is all about presumed GUILT. Every policy is based on politicized notions of identity and grievance.

Everything from Democrat speech codes to economic policy is based on variables of grievance and entitlement, not absolute principles that apply equally to everyone. What you’re allowed to say and do, what you’re allowed to own, depends on your class, race, and politics.

This radicalized concept of law as a political instrument is cooked into every single policy on the Left. Some people just have more “rights” than others. No rights are inalienable. Everything, right down to the words you’re permitted to use, is calculated based on your identity.

These riot-prone blue cities are just the most vulgar example of what will happen everywhere in America if Democrats take power. It’s ALREADY happening everywhere because they have so much power over media, and especially over education.

Once you throw out the rule of law, the presumption of innocence, and inalienable rights, you’re lucky if the worst thing that happens is local officials deciding your family and property don’t deserve police protection from looters, or the privilege of defending yourself.

That’s the key word right there: PRIVILEGE. The Left’s obsession with that word is very illuminating. They think everything is a “privilege,” nothing is an inalienable right. Privileges can be revoked. The term conveys a sense of unfairness that needs redressing.

Understand that the radicalized Democrat Party thinks even the basic duties of government, like protecting lives and property rights, are actually “privileges.” They hate police because they see them as racist mall cops enforcing the unfair privileges of the middle class.

The Democrats are hell-bent on taking those “privileges” away: your money, property, liberty, and security. You’re not even allowed to refuse to participate in their ideological crusades. They loathe middle class “privilege,” which they rhetorically disguise as “white privilege.”

If you want to keep a shred of the traditional, REAL American ideals of equality, opportunity, security, and lawfulness, vote against Democrats in November like your life depended on it. They will sacrifice every shred of law on their altar of “justice” unless you stop them.

You ignore Hayward’s advice at your own peril. 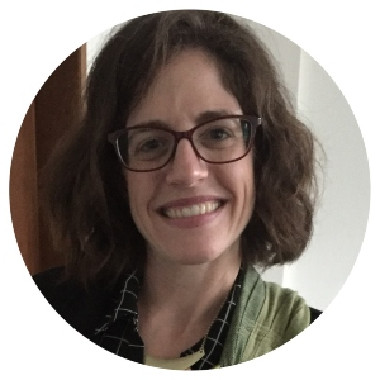