You can’t trust MSNBC or the New York Times to do the maths. – Seriously, you could never make this stuff up, folks.

MSNBC’s Brian Williams reads a tweet: "Bloomberg spent $500 million on ads. U.S. Population, 327 million. He could have given each American $1 million"

Understand that both of these corrupt “journalists” spent a good deal of time preparing for this moment. They prepared actual talking points for it. Both certainly were assisted by half a dozen or more assistants, fact-checkers, and talking points monkeys.

Understand that this didn’t just happen on the spur of the moment, and you understand exactly how utterly stupid the nation’s population of corrupt journalists truly is as a group.

Have spent two days in Arkansas. Had forgotten how dang warm, like-able and genuinely nice people from the South can be.

For the life of me, I don’t know how they gave us the likes of Jeff Sessions.

Of course, Jeff Sessions is from Alabama, not Arkansas. But hey, at least she knew it was one of those “A” states out there in Flyover Country, so her peers in the corrupt news media would say she did great. They like to grade themselves on a very steep curve.

The “it’s all sexism and misogyny” excuse rears its ugly head again. – Here’s a panel of dimwitted talking heads on MSNBC yesterday, whining about how the failure of the lifelong fraud Lieawatha to gain traction in the Democrat Party nominating race means America is all, like, sexist and like, misogynistic and stuff, or something:

— "There’s definitely double standard [for women].”
— “You can’t remove sexism, it’s all built in”
— “We punish” women candidates “harder than we do male candidates” pic.twitter.com/qRytK1rs6A

Note that at least three of those five nitwits pretend to be working journalists, including the host, who is really just a turncoat former Bushie. Note also that none of them has the presence of mind to realize that all this sexism and misogyny they’re talking about, if it actually does exist, comes straight from the DEMOCRAT PARTY VOTER BASE. This would be the very same Democrat voter base that these very same nitwits regularly portray as being so open-minded, diverse and vastly superior to the voter base of the GOP.

This is not rocket science, is it? Seriously, is this hard? Am I missing something here? If I am, I truly do want to know what it is.

And now for some comic relief…: Hey, look, CBS This Morning is so desperate for rating that it has apparently signed Austin Powers to a new contributor agreement.

Ok, sorry. Just having a little fun there.

Back to the whole “sexism” and Fauxcahontas thing… – The cretins who run The Hill published this piece yesterday:

TULSI. GABBARD. IS. STILL. A. CANDIDATE.

She really is a woman – seriously, she serves in the Army Reserves, it’s been verified. Check it out: 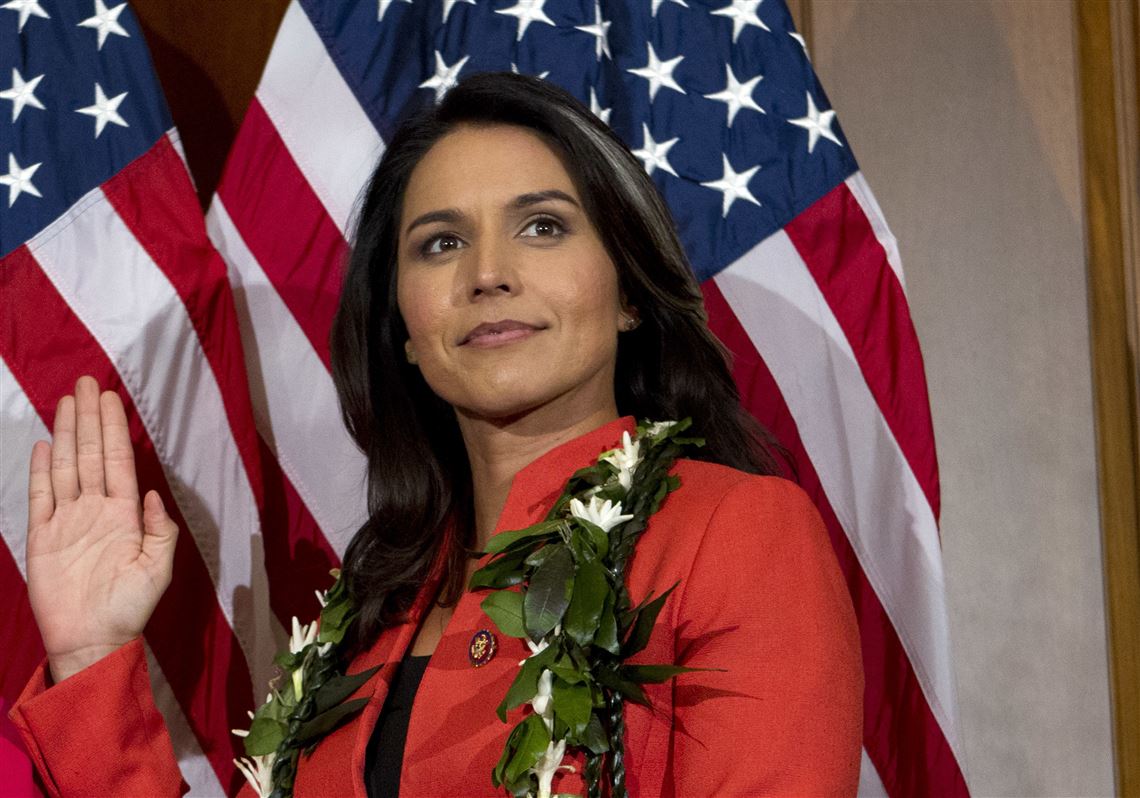 See? She’s even waving at you, trying to get your attention.

Why is she waving in a desperate attempt to get your attention, you ask? It could be because she, a verified, actual lady with all the requisite lady parts, has had a real hard timing getting to 2% support in the polls of DEMOCRAT VOTERS in this campaign. Seems that all you liberals out there who wail and scream and whine incessantly about the nation’s aching need to have a woman, any woman, elected to the presidency for the simple fact that she is a woman, have utterly and completely failed to support this particular woman.

Today, she is the last woman standing in presidential politics for 2020, and I guaran-damn-tee you we will not see anyone in our corrupt news media wailing and screaming and incessantly whining about the need for all you liberals out there to now support Tulsi Gabbard over the two old geezers she’s left running against.

So, spare us all the drama. Please.