So, why do we care where Queen Nancy gets her hair done? – The answer to that is simple, isn’t it? It’s because she has been one of the loudest Democrat voices over the last six months lecturing the little people of America to stay locked up in their homes and only venture out when wearing a mask. She’s been one of the most ardent fans of the lockdowns mandated by despicable Democrat governors like her step-nephew Gavin Newsom, putting millions of little people out of work and shuttering hundreds of thousands of businesses.

Even worse than her act of intentionally violating nephew Gavin’s lockdown/mask orders on Sunday by intimidating a single mother salon owner to open her shuttered business just for her decripit, stringy mane was Queen Nancy’s response to getting caught. She couldn’t lower herself to do the simple thing: To admit her wrongdoing and ask to be forgiven. Instead, she haughtily claimed at a press conference to having been “set up” and demanded that the salon owner she had intimidated apologize to her. 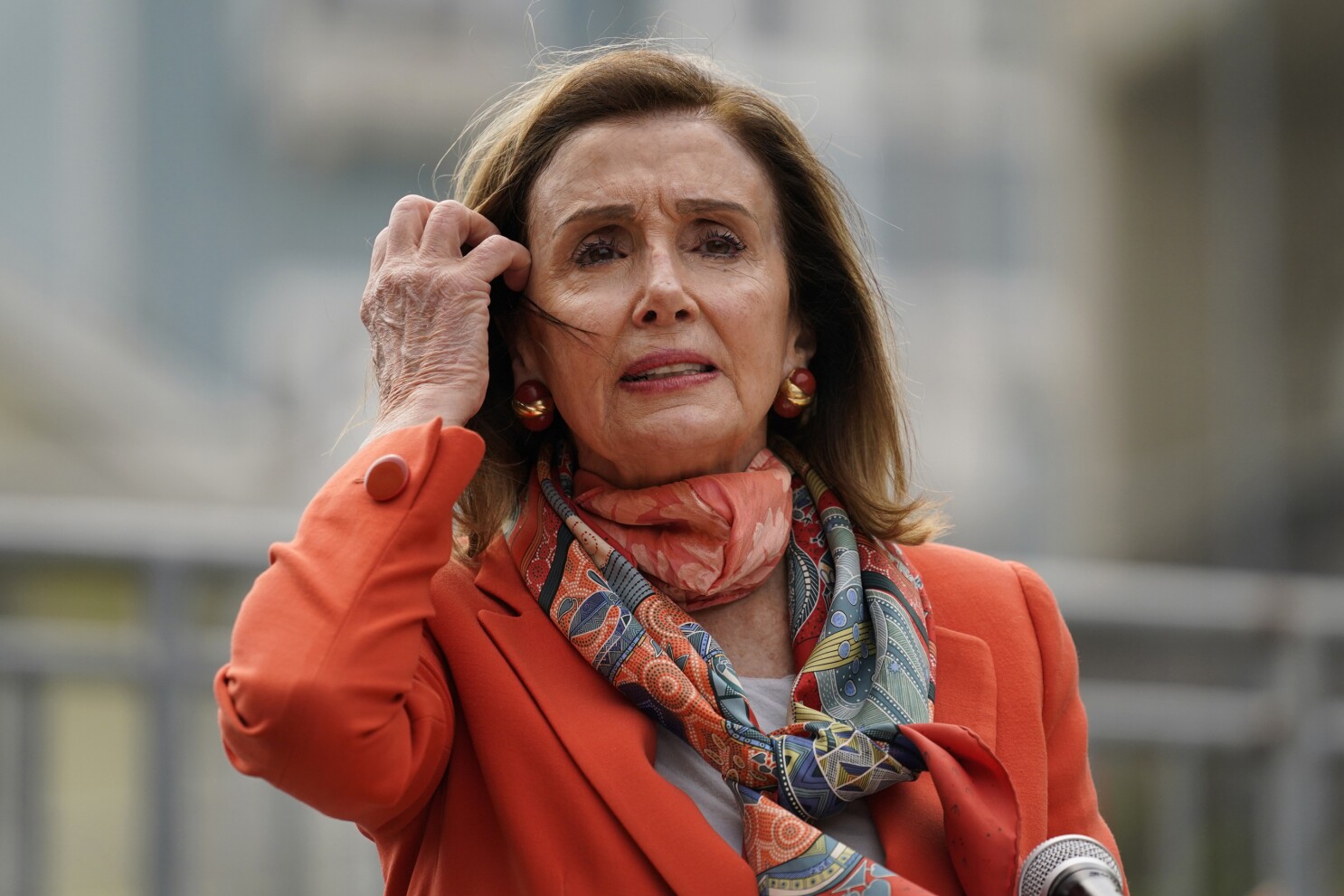 This would seem a small matter were it not so perfectly emblematic of the dismissive stance taken towards ordinary Americans not just by Queen Nancy and her despicable fellow Democrats, but many Republicans who fester in the DC Swamp as well.

It is a sad fact of America’s current state of being that, aside from President Donald Trump, several members of his cabinet and senior advisory staff and a handful of members of congress, almost the entirety of the District of Columbia has become hostile territory. About 95% of the national news media is supportive of that contempt for the American people. Even worse, the Democrat Party funds two different domestic terrorist groups – Antifa and BLM – whose operatives travel the country burning and looting vast swaths of Democrat-controlled cities at will, knowing the Democrat mayors will not allow the police to properly deal with them.

Here’s a prime example of these terrorists acting with impunity in Washington, DC just a few hours before this was written:

Some mini zombies are in front of the DC mayor’s house- it’s 2am do you know where your morons are pic.twitter.com/09KlhMXobK

The police can’t act because the Mayor won’t allow it. The Mayor isn’t home, so she couldn’t care less about the disturbance and threat these thugs are creating for her neighbors. You think you’re safe in your home because your town has ordinances that designate this to be criminal behavior? Better check to see which political party your mayor is affiliated with, because you might be surprised to discover exactly how unsafe you really are.

The Democrat Party also has an online army, the social media outrage mob that attacks, doxxes and cancels anyone the Democrats point their gnarly fingers towards. The single mother salon owner, Erica Kious, made an appearance on Tucker Carlson’s show last night. She told Carlson that Nephew Gavin’s lockdown order has caused her to lose 60% of her clients and most of her stylists and that her business is dead.

Even worse, she told Carlson that she will have to leave San Francisco after being attacked by the Democrat outrage mob on social media with the most vile and disgusting kinds of death threats imaginable.

Erica Kious, owner of the salon Nancy Pelosi claims set her up, rips into @SpeakerPelosi on Tucker:

"If she is in there comfortably without a mask and feeling safe, then why are we shut down?" pic.twitter.com/GJuTK9AlVh

It’s a disgrace. This is behavior that no civilized society should allow, but that’s the whole point: The Democrat Party is working hard to ensure that America loses its status as a civilized society.

See, it would be impossible to “transform” a free nation of 330 million people who exist as a cohesive unit, a people who share common values, a common outlook and common goals. It is far, far easier to foment a Marxist-style revolution within a population that is completely divided among itself, shares no common values or goals and is already assaulting one another online and actively attacking one another in the streets.

Democrats like Nancy Pelosi now believe that they are on the cusp of consolidating that half century of hard work in this year’s election. Her contempt for and hostility towards Erica Kious is just the manifestation of the way she feels towards all of us.

In their path stands a single obstacle: Donald J. Trump. He’s it. He is all the rest of America has.

You give this woman a majority in the House and Joe Biden/Kamala Harris in the White House, you will not enjoy the result.