Democrat governors and mayors are starting to become drunk on power. – In Kentucky, the Democrat governor has police recording the license plate numbers of church parishioners and issuing them $500 tickets for being parked in the church parking lot.

In Philadelphia, the Democrat governor has police arrest a man for attempting to board an empty subway car without his mask on.

In California, the Democrat governor has police arresting a lone Santa Monica man on an empty beach for the crime of attempting to swim in the ocean.

In New York City, the Democrat Mayor not only orders churches to remain closed to any and all parishioners, but threatens to shut them down permanently if they do not bend to his will.

But none of those governors and mayors can hold a candle to Michigan’s Democrat Governor, Gretchen Whitmer. Whitmer has been such a despot in exercising her nebulous emergency powers during the Wuhan Virus crisis that she is now the subject of an online recall petition that had collected over 80,000 signatures within a few hours of its being issued on Saturday.

Rather than simply ordering the closing of “non-essential” businesses, as pretty much every other governor has done, Whitmer has taken things much further, ordering law enforcement officers to go into the stores remaining open and rope off sections selling items she deems to be “non-essential.” This would be items like plant seeds and American flags: 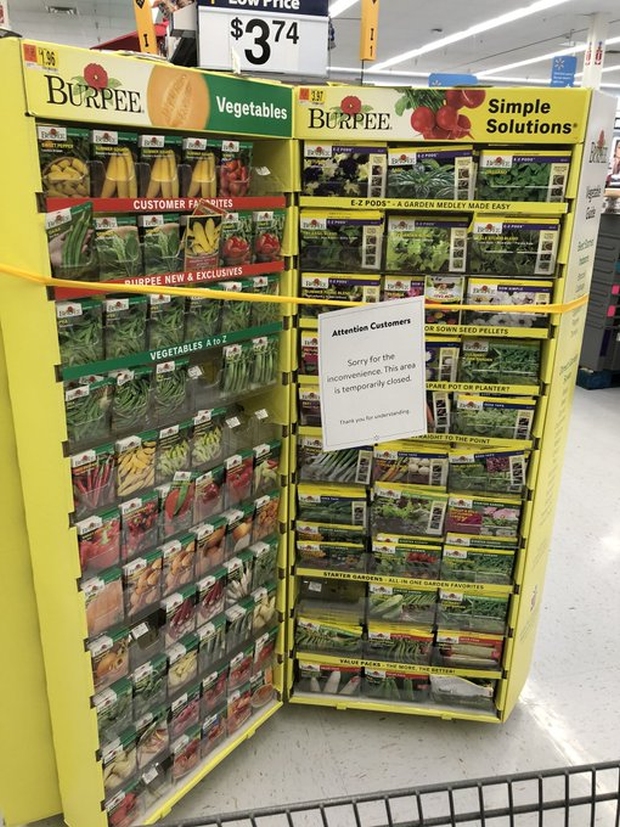 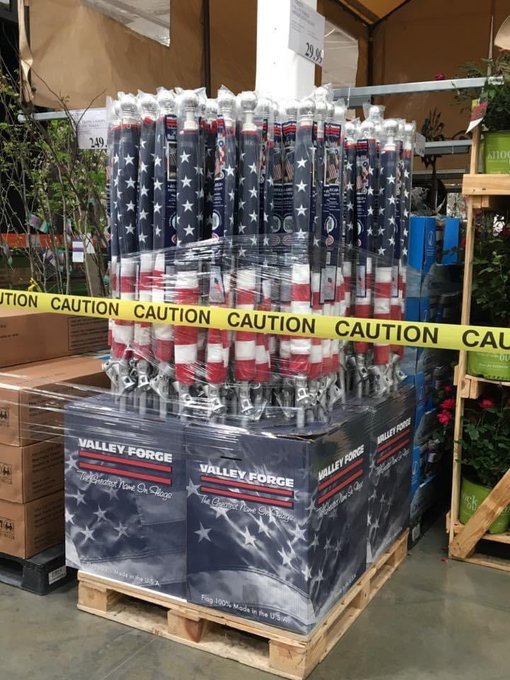 You can’t buy seeds with which to grow your own food or a flag to hang out over your front porch, but hey, you can buy pot and lottery tickets, because the state government can’t afford to lose the tax collections it receives on those items. Isn’t life in Michigan grand?

Two Fridays ago, Whitmer decided it would be a great thing for her political ambitions (she wants to be Joe Biden’s vice presidential nominee) if she banned hydroxychloroquine after President Trump had spoken highly of it as a treatment for Wuhan Virus. Four days later, as mountains of evidence proving the President’s claim became public, she was forced by public outrage to withdraw that stupid order.

The budding 3rd-world dictator has banned travel by motorboat on the state’s many lakes and other waterways, and late this week took the draconian step of banning any travel between residences in her state. That means that residents not only are banned from getting in the car or walking across the street to visit friends or family, they also cannot travel between two homes that they might own, or travel to rental homes that they might own and run as a business.

This woman with the plastic face is, in other words, stumbling, bumbling, falling down drunk with power. She isn’t just the drunk who hangs out at the local power bar, she’s the raging town drunk who closes down the power bar at 2:00 a.m. and spends the rest of the night walking through the streets slugging from a bottle of MD 20/20.

Gretchen Whitmer represents an object lesson for all Americans to heed. The people of Michigan are finding out how dangerous it is to elect someone with no real qualifications or life experience that might have prepared him or her to handle such a big job. Whitmer won the governor’s office based on being physically attractive, carefully polled talking points written by a team of talking points monkeys and having tons of out-of-state money to spend, much of which came from front groups funded by George Soros.

Even worse than her inexperience and lack of preparedness for a crisis, Whitmer’s radical leftist ideology leaves her prone to crave the rush of exercising power over the common people who all leftists seek to dominate and control. In this regard, she is proving to be the very worst of all the governors in America.

The apparent consideration of her as a potential Biden running mate now renders this wretched human being as not just a threat to the freedoms of the Michiganders who so stupidly chose to elevate her to a position of power, it makes her a threat to all Americans. Because let’s face it: Joe Biden is too elderly and obviously impaired to handle the office of the presidency. Were he to be elected in November, his vice president would inevitably rise to the presidency within a few months of Inauguration Day.

So, regardless of where you live, pay attention to the actions of this power-mad woman. Because the actions she is implementing today from the governor’s mansion to control the lives of Michigan residents are what she would love to be doing to you some day from the White House.

Oh yeah, and, Happy Easter, everyone!

18 thoughts on “Gretchen Whitmer: A Dangerous Object Lesson for all Americans”