They hate you and would rather you were dead. – Life would be so much easier for them if you were, after all. Our resident Sock Puppet-in-Chief, China Joe Biden, cares so little about the mushrooming crisis at the Texas/Mexico border that he called a lid on Monday at 1:13.

From a story at the Washington Examiner:

The White House called a “lid” at 1:13 p.m. on Monday, signaling President Biden was not due to make any public appearances during the rest of the day despite growing questions about the emergency at the border, his administration’s commitment to transparency, and his work rate.

Trump used an appearance on Fox News to condemn the transparency of Biden’s administration.

“There is none,” he said. “And, you know, I guess you’re supposed to have a press conference on Thursday. But the questions will all be softballs.”

Hey, c’mon, China Joe’s tapioca pudding was getting warm – he can’t just be expected to eat that stuff at room temperature, can he?

We have no word from the White House if the Sock Puppet was awakened on the news of the mass shooting in Boulder, Colorado, but it’s a safe assumption that his handlers just let him rest. Why waste the time bothering someone who isn’t in charge of anything, after all?

Speaking of people who aren’t in charge of anything at all… – The future DC Swamp sock puppet-in-waiting, Kamala Harris, continues to have deep trouble matching her sorority girl giggles and laughs to the situation at hand. Harris’s tendency to resort to completely inappropriate laughter whenever she’s asked a difficult question that she knows she can’t answer honestly has plagued her throughout her political career, and nothing has changed since she was installed as Vice President after a stolen election.

Yesterday, she was asked if she would be visiting the border as she prepared to board Air Force 2. Watch the literal panic in her eyes as she first stammers around for an answer of some sort (how could she not have been prepared by her own handlers with talking points for this exact question?) before finally defaulting to laughing about the major humanitarian and national security crisis she and her administration have intentionally caused:

Apparently, the border crisis is now a laughing matter for the Biden administration.

WATCH: VP Kamala Harris laughs when asked if she has any plans to visit the border. pic.twitter.com/z3AdoFX0Dq

This is so disturbing on so many levels. First, she had clearly not been at all prepared in advance with talking points to address this exact question, one which her evil handlers had to have known would be on everyone’s minds. How is that even possible?

The still-growing press uproar over this crisis and the administration’s refusal to allow reporters to cover it has been building for a week now, and the nominal Vice President of the United States has obviously not been properly briefed by her talking points monkeys so that she can at least recite a rote non-answer to what any idiot would know is going to be the first question she gets asked. That is an almost unbelievable failure by her communications staff.

That said, it is even more disturbing that Harris herself has so little concern about the situation and the people who are suffering as a result that she has not given at least the few moments’ thought necessary to come up some dishonest sophistry like “my busy schedule prevents me from traveling to the border right now, but my heart goes out to those who are directly involved, and I plan to go there soon. We just need to nail down the details.”

There. It took me about 30 seconds to come up with that. This is not hard, especially when you’re a Democrat politician who is willing to just spin the most convenient lie available if it gets you out of an uncomfortable situation. But Kamala can’t even do that.

And this is the completely unqualified person who will be our new nominal president in a matter of months. Or maybe in a matter of weeks. Or days, the way China Joe is fading before our eyes.

Frighteningly – and unintentionally hilariously – Harris was at that moment on here way down to Florida to offer “help” to that state, visiting a food bank and giving a talk in Jacksonville about all the lovely things the fake stimulus bill is going to do for the people there.

As she arrived at the Jacksonville airport, she sent out this ironic tweet:

Ronald Reagan once famously said that the most dangerous 9 words in the English language are “I’m from the government and I’m here to help.”

This is even worse. This is a person from the basket case, 3rd world state of California flying from Washington, DC to the extremely well-run state of Florida to offer her own special brand of “help.”

Meanwhile, the photos are out and they are ugly. – Despite the administration’s Soviet-style efforts to muzzle the media in its efforts to cover the border story, photos taken by guards at the concentration camps along the border emerged into the public domain on Monday and have spread all across social media, as I reported yesterday. 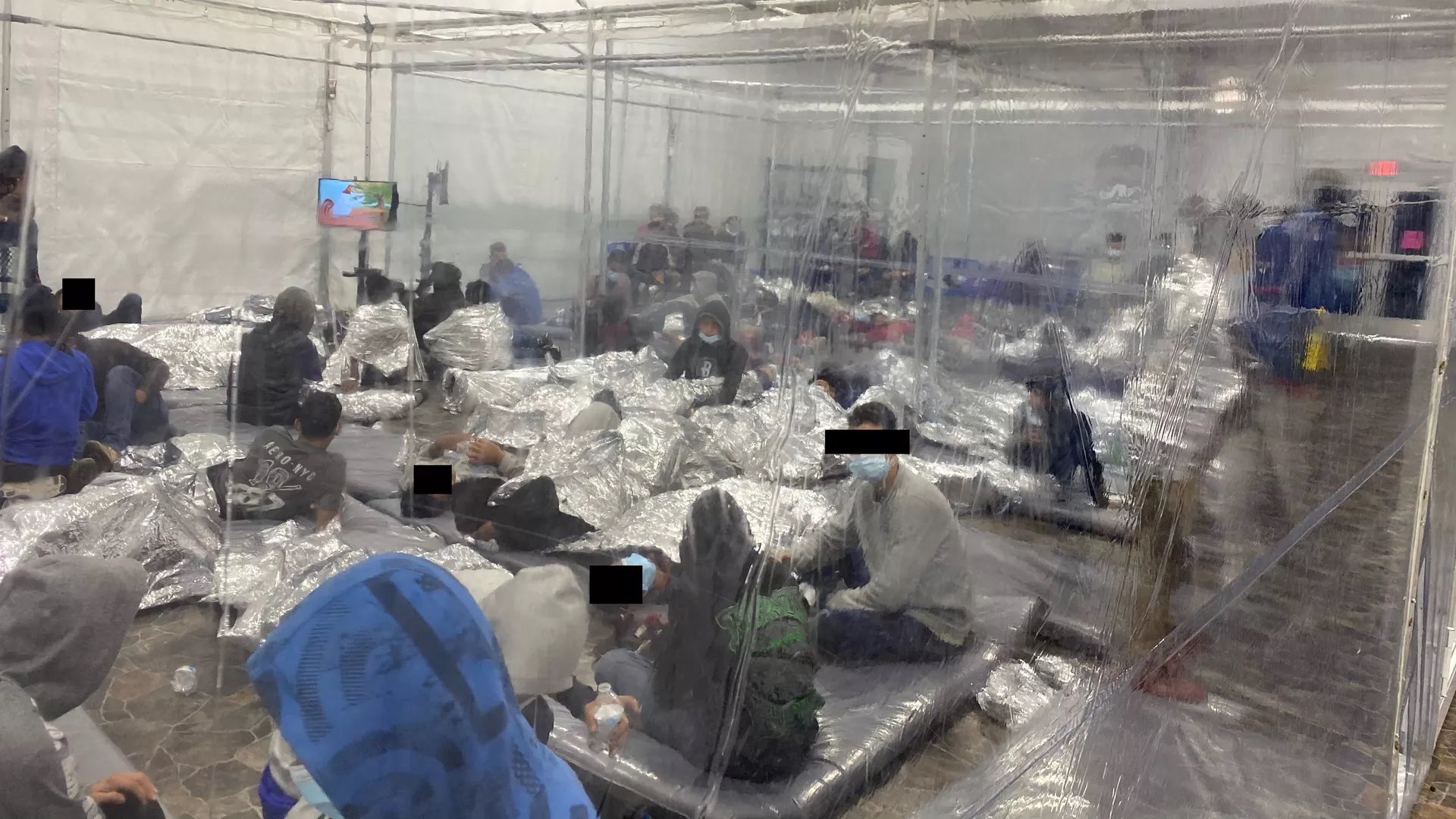 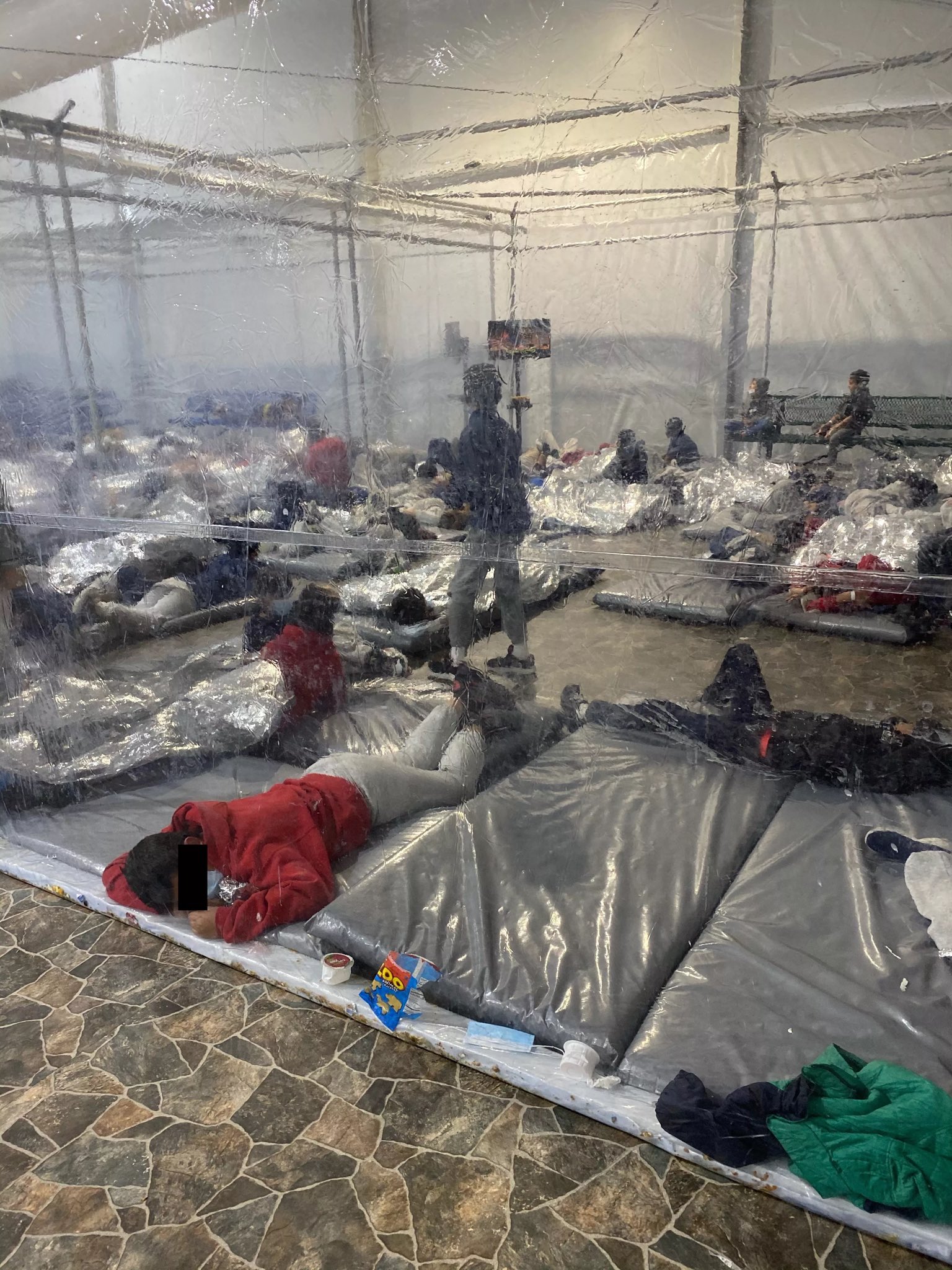 It looks like the “humane” and “compassionate” Biden people took down the Obama-era chain link fences and replaced them with plastic curtains, and laid some linoleum on the concrete floors, but otherwise these are the exact same conditions Biden and Obama oversaw during the course of their 8 years in office. The fact that your friends on the political left are not every bit as outraged about these photos they pretended to be during the Trump administration just shows you what utter hypocrites they are.

But you already knew that and you somehow love them anyway.

Oh, hey, maybe this will get their attention. – In news we can only hope to get from a non-U.S. media source, the London Daily Mail ran an expose’ on Monday detailing how Mexico drug cartels and gangs are finding the Biden/Harris policies so accommodating that they are now shifting their efforts from smuggling drugs to just smuggling people instead.

I swear I’m not making this stuff up.

From the story at the Daily Mail:

The president tore up hardline Trump policies after taking office but denies sparking a crisis along the southern border where authorities are struggling to deal with a surge in migrant families and unaccompanied kids crossing illegally.

A slew of experts and well-placed law enforcement sources have told DailyMail.com, however, that notorious drug gangs including the Gulf Cartel and Los Zetas are seizing upon the reforms to ratchet up human trafficking operations.

As one source told us: ‘The cartels have realized that under Biden there is serious money to be made from people trafficking without any of the distribution issues you face with narcotics. People are the new dope.’

DailyMail.com visited a handful of border towns this week along the Rio Grande Valley, the southernmost tip of Texas and the frontline in what Biden officials insist is an immigration challenge rather than a full-blown crisis.

‘Remember that every Mexican citizen that you see crossing the river is worth 2,500 bucks. If they’re Venezuelan, Guatemalan or Honduran they paid $3,000.

‘If they’re Chinese they paid $5,000. If they’re Middle Eastern or Russian they paid $9,000. If you’re a higher value commodity they make sure you get over at a quieter spot.’

According to U.S. Customs and Border Protection, the number of migrant apprehensions reached 78,323 in January 2021 – double the amount from January 2020.

So, yeah, the cartels now can make more money trafficking in human beings than they can trafficking in drugs, and Harris is giggling while China Joe sleeps the afternoon away.

These people are evil, they hate you, and would rather you were dead. Never forget that, because once you understand and accept those truths, everything they do and say makes perfect sense. 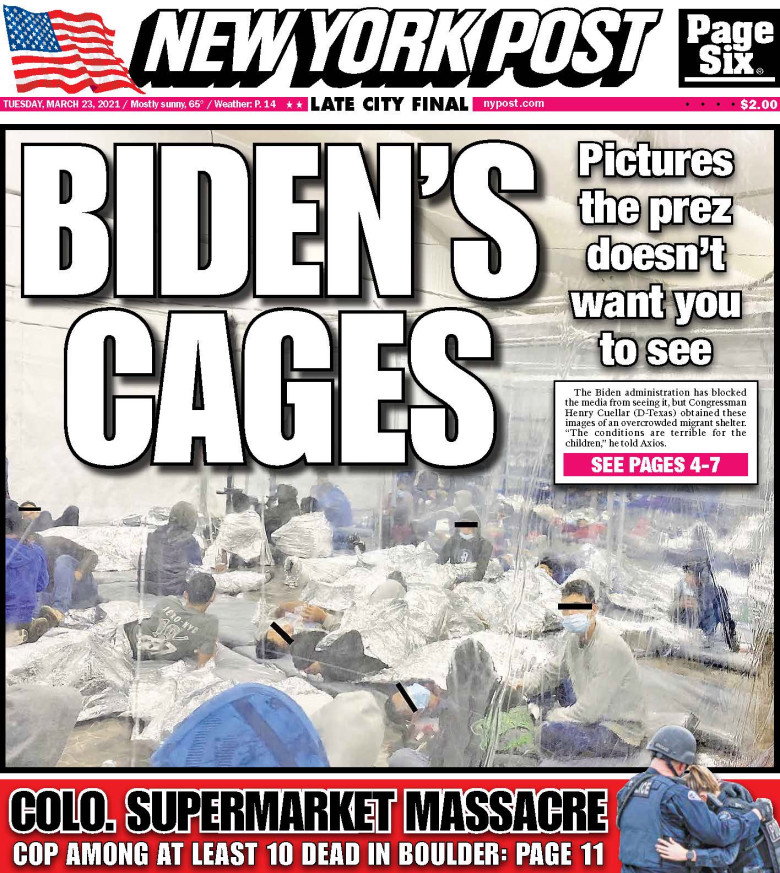 Apparently we have 2 Nero’s in this Century so far.

I heard the cartels are buying up or leasing all the hotels they can get near the border.

makes all the sense in the world.

USE the Courts …. every Biden E.O. should be the subject of a federal lawsuit.

What in God’s name was the purpose of Trump’s appointing NON Democrat Judges to the federal bench?

Are you trying to be funny? Take em to court. pffffft never happen.

Phony to act so concerned over how illegal migrants, no matter teenagers or what are accommodated. They are attacking the US. mokes. If you want to survive drop the teary eyed BS.

Wait until Texas starts to send them back across thee border. Then Illegitimate Joe will actually demand that Texas stop doing the right thing. Jay

THE OSOMA OBAMA REIGN OF TYRANNY HAS BEEN REPLACED BY THE BIDEN ADMINSTRATIONS REIGN OF TYRANNY. MUSLIMS ARE KILLING NON-MUSLIMS, THE DOLLAR IS HYPERINFLATIONG, STUPIDITY SBOUNDS, AND COMMON SENSE AND INTELLIGENCE ARE RIDDICULLED, SHORTAGES OF GOODS AND SERVICES EXIST, UNEMPLOYMENT IS RISING, THE DEBT IS DOUBLING, IMMORALITY AND CORRUPTION IS SHOOTING THROUGH THE STRATOSPHERE! ALL THAT JUST IN LESS THAN 2 MONTHS! WHAT COMES NEXT, WILL MAKE THIS SEEM AS NOTHING!

When you really get down to it those two couldn’t find their rear ends with both of them helping each other on a bright sunny day at noon.

What a pathetic bunch of morons that were elected in a totally fraudulent election.

For any that have been reluctant to believe that Satan is in control of the world, Biden & Harris are living proof. They will destroy America!

Satan is a figment of man’s imagination simply to focus blame on anyone or anything other than the persons responsible.

Don’t see how this nation survives this, I mean this is nothing short of an invasion one political party has/continues to encourage.

God help us but why should He? We’ve been in open rebellion against Him since @ least Mad Murray O’Hair.

Never seems to help much anyway. Talk about slackers!

Will Resident Biden be available for any of those 3:00 am calls or will his phone just go to voicemail?

All of this courtesy of the CCP and Fauxci. Had the Wuhan virus not been released ( and it is now being said it was a CCP bioweapon leak in some circles) and the little tyrant Fauxci hadn’t been given the microphone and the authority we would not have the hot mess we have in the White House.

And let us not forget the real traitor in the Trump administration: Pence. It is coming out that he was the major force behind all the crap that went on. Another swamp creature posing as one of us.

Easy to pose as one of us. All you have to do is look law abiding, passive and submissive. Even then you get called out and accused.

Yes indeed on Pence. Kind of like Chaney watching over Bush. Sadly, Trump did not know the swamp. So he took their advice and placed some of them in key positions. Here we are now. We are living history and it sucks.