It’s been obvious for weeks that the sights at border facilities at the Texas/Mexico border must be depressing and disgusting, as the Biden/Harris people have desperately worked to prevent images from them to be released to the public, knowing they’d likely cause a scandal. The recent moves by the ghouls running this administration to move thousands of illegals to holding facilities in places like Dallas and Midland, and policy changes over past few days to expedite the release of asylum applicants into the public without proper, time-consuming processing has only served to emphasize the likely images of squalor and concentration camp-like conditions that must exist in these border facilities.

This morning, those suspicions have been borne out as photos taken inside the facilities have been leaked on social media. Here are some of them, from the account of independent journalist Ian Miles Cheong:

BREAKING: These photos were taken at the inside of Biden’s immigrant detention facilities in Texas.

All these photos were shared with Axios by Rep. Henry Cuellar (D-Texas) pic.twitter.com/p0lOweagtN

The Obama/Biden-era chain-link walls have been removed from the interior of these facilities, now replaced with plastic curtains, but the images of refugees recruited by leftist activists in Central America milling around in squalor are just as disgusting and disturbing.

Of course, now that these photos are in the public domain, the corrupt news media will coordinate efforts with the Biden/Harris people to spread the lie that this is somehow all Trump’s fault, because that’s what these despicable toadies do for Democrats.

But remember: Prior to January 20, these border holding facilities were virtually empty thanks efforts by the Trump Administration to control the border and pressure the government of Mexico to process the vast majority of Central American asylum-seekers in that country. You weren’t seeing such images before then because these conditions simply did not exist. 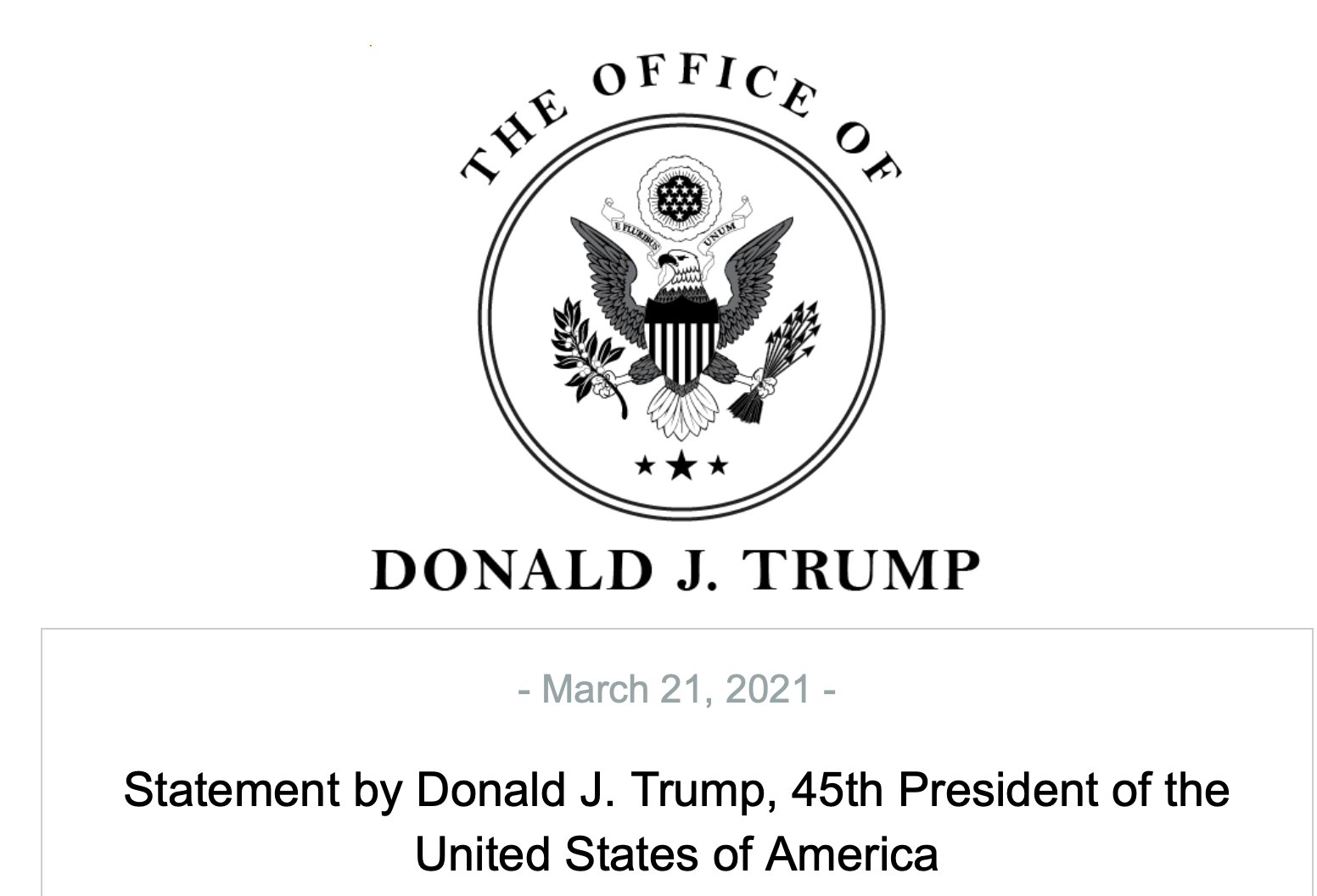 The Biden/Harris people have now reversed all of those very effective policies in their insane zeal to import a new potential Democrat voting bloc into our midst. That is the motivation behind all of this – it’s the truth, and we should not be shy about pointing it out.

[…] Meanwhile, the photos are out and they are ugly. – Despite the administration’s Soviet-style efforts to muzzle the media in its efforts to cover the border story, photos taken by guards at the concentration camps along the border emerged into the public domain on Monday and have spread all across social media, as I reported yesterday. […]

Pretty soon, the Biden administration is going to reach a point where they get overwhelmed, and they won’t be able to hide it any longer. On top of the logistical issues of holding this many people, the conditions are horrible and ripe for an outbreak. Covid will be the least of the troubles in those facilities.

They will try to deal with it by dropping people off in cities well into the interior of the country, rather than send any of them back. How many mayors will wake up to find busloads of refugees needing shelter? One of the unwritten goals has to be to collapse the immigration system.

Conveniently this won’t be covered because of Boulder.

Concentration camp is heaven compared to where disgusting Mexicans live. They breed like maggots and die like flies.

Let them suffer. What did they think . . . that law-breaking was going to be a walk into Disney World? They are leeches and rats.

Easy fix: Close the gate and send them back. Or, bus them to all the front door steps of the bleeding heart senators who are voting for amnesty. With all the extra money that they just siphoned out of our pockets for the last go round of pork stimulus they should have plenty of funds to house a few for quite a long time. Where have all the Minute-Men gone?

It appears the task of fixing this mess falls to the governments of the remaining (relatively) free states. They should declare themselves Constitutional / Bill of Rights Sanctuary states and nullify any unconstitutional laws or rules the feds try to impose.

The “Trump’s Fault” narrative began days ago. The headlines at Whatfinger and other sources have been popping up for at least three or four days.

It’s all they have at this point. The truth will come out and they will do their best to lay blame where it doesn’t belong. The conmunist demoncrat echo chamber propaganda mill will do it’s best, but it may be too little, too late.

It’s out there and even some of the “journalists” are now asking real questions. They ain’t pushing it too hard, but they are asking.