Hey, remember how AOC has been going around claiming she “almost died” during the Capitol Riot on January 6? – Remember how she told Ted Cruz that he had “tried to have me murdered” during that riot? Remember her story just this week about how a member of the Capitol Police burst into her office and looked at her in a “threatening” manner?

Yeah, those were all lies. Just like pretty much everything else she ever says.

It turns out that the best evidence shows that AOC wasn’t even in the Capitol Building when things were going down.

From the story at JustTheNews.com:

Following Rep. Alexandria Ocasio-Cortez’ emotional Instagram retelling of the events of Jan. 6, in which she said she feared for her life, an analysis of the events by the RedState news website points out the New York Democrat wasn’t in the Capitol Building at the time of the riot.

South Carolina Rep. Nancy Mace, who like Ocasio-Cortez has an office in the Cannon Building, adjacent to the U.S. Capitol Building, also suggested her House colleague’s account of the incident is exaggerated.

“My office is 2 doors down,” Mace tweeted. “Insurrectionists never stormed our hallway. Egregious doesn’t even begin to cover it. Is there nothing MSM won’t politicize?”

The congresswoman said Wednesday that the RedState report was “manipulative.”

“This is the latest manipulative take on the right,” she wrote on Twitter. “They are manipulating the fact that most people don’t know the layout the Capitol complex. We were all on the Capitol complex – the attack wasn’t just on the dome. The bombs Trump supporters planted surrounded our offices too.”

Note: No “Trump supporters” planted any bombs surrounding her or anyone else’s offices.

What AOC is doing in manipulating the Capitol Riot for political profit is no different than her attempt to milk the whole “Kids in cages” hoax a couple of years back. Who can forget this?:

On a day in which #AlexandriaOcasioSmollett is trending, please never forget the time that @AOC staged a photo shoot dressed in all white at a parking lot to spread lies about immigrant children in cages.

Faking her own attempted murder was the next logical step. pic.twitter.com/y8mNNowMGy

The woman is an actor. That’s all she is. Well, that, and she’s possibly the most shameless liar to ever hold congressional office, which is saying a hell of a lot. 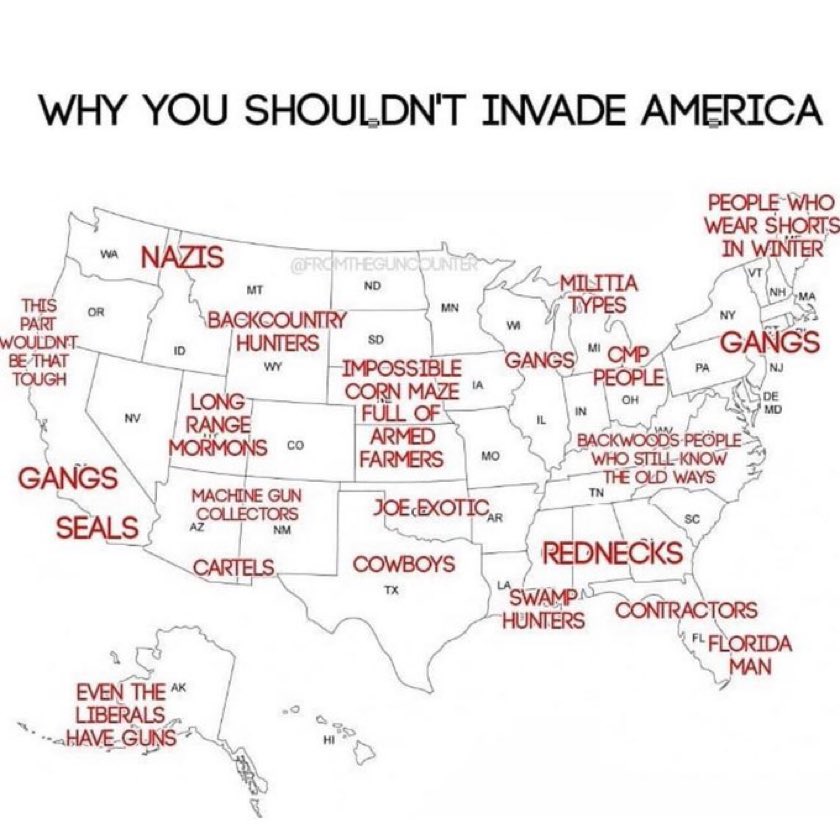 Our latest illustration of this reality comes from China Joe Biden’s new “Climate Czar”, John Kerry, who admitted yesterday that he much prefers to take his private, carbon-spewing jet to all of those global climate conferences where he receives his many awards for being so concerned about the global climate:

NEW: Climate czar John Kerry took private jet to Iceland for environmental award, called it 'only choice for somebody like me' https://t.co/AgCqHTmgW9

Holy crap. From the story at Fox News:

Kerry defended his high-pollution ride at the time, calling it “the only choice for somebody like me who is traveling the world to win this battle” in an interview obtained by Fox News. The incident had not been previously reported in the American press.

Kerry received the award, which took the form of an iceberg sculpture, for being “a consistent voice pressuring the American authorities to commit to tackle environmental matters,” the outlet noted.

Icelandic reporter Jóhann Bjarni Kolbeinsson confronted Kerry at the event over his choice of transportation, asking: “I understand that you came here with a private jet. Is that an environmental way to travel?”

Kerry responded by claiming that it was the only way.  “If you offset your carbon — it’s the only choice for somebody like me who is traveling the world to win this battle,” Kerry said.

“I negotiated the Paris Accords for the United States,” he added, referring to the multilateral climate agreement signed while he was secretary of state under President Obama.

Note: When Kerry talks about how he “offsets” his carbon spewing, he is no doubt referring to the buying of “carbon credits,” the globalist scam through which Al Gore has become a near-billionaire. If America had anything resembling an honest and curious news media, he would be pounded with demands by reporters to release the records of his purchase of what would have to be millions of dollars of carbon credits to offset the hundreds of flights he has taken on his own private jet.

You can be certain that no one in the U.S. media will pose that uncomfortable question to him. Because that’s what any self-respecting Nazi-style propaganda operation would do.

The election issue remains alive in Arizona. – Despite the best efforts of the Democrats and their toadies in the corrupt news media to make it all just go away, controversy over the November 3 election results remains alive in Arizona. There, stalwart Republicans in the state senate have sponsored a resolution this week holding the members of the Maricopa County Board of Supervisors in contempt for refusing to comply with an audit of the county’s election results.

Maricopa County is home to Phoenix, and has been plagued by hundreds of allegations of election fraud since last November. The refusal by the Board of Supervisors to comply with a simple audit of the balloting only serves to raise suspicions, obviously. The resolution, sponsored by all 16 members of the Senate GOP majority, now subjects members of the board to arrest and jailing if they continue to refuse to comply.

From a story at JustTheNews.com:

The entire contingent of 16 Republicans in the Arizona state senate has sponsored a resolution to hold the five members of the Maricopa County Board of Supervisors in contempt for not complying with subpoenas pertaining to equipment, ballots and more related to the 2020 election.

The resolution may raise the possibility of arrests. It calls for the state senate president to “take all legal action pursuant to section 41-1153, Arizona Revised Statutes, to enforce the subpoena.” That section of Arizona law states: “A witness neglecting or refusing to attend in obedience to a subpoena may be arrested by the sergeant-at-arms and brought before the senate or house upon authority of a copy of the resolution signed by the president or speaker, and countersigned by the secretary or chief clerk.”

Since the chamber’s 14 Democrats will probably not support the resolution, all 16 Republicans will need to vote for it in order for it to pass when the chamber eventually votes on it, according to the Arizona Mirror.

In Arizona, truly, the fun never ends. At least, not yet.

He might as well go demoncrat now, because he will before his term is over.

As for AOC Bubba Smollet, there’s nothing she won’t do to get her name out there.

The bomb thing was over the top, but just another shrill, self serving lie for her.

The Meme of the Day was pretty funny. I do take exception to the west coast being easy. Those of us who are conservatives here are outnumbered by the lefty metro areas, but we still are prepared to fight for our turf if invaded. We’ll let the metros take care of themselves, if they can.

We don’t need Portland. They need us. They destroyed most of the farmland in the west side counties, putting up the silicon forest and the Nike barricade. All of the farms on the east side were developed into housing in the 80s and 90s. Save for a few family farms scattered here and there in the metro area of Portland, it’s all gone. I warned folks back in the 80s that one day they’d be more and more dependent on other states and Mexico for their produce and they all laughed at me. Guess who’s laughing now?

AOC looks like she could eat an apple through a picket fence.

Stop giving this bimbo attention. It’s what she craves. What she thrives on. If you want to hurt her, really hurt her, IGNORE HER!