America has officially crossed the line into totalitarianism. – That’s the only conclusion to draw from yesterday’s arrest by the Department of Justice of a Twitter guy named [checks notes] Douglas Mackey, whose Twitter handle was [checks notes] Ricky Vaughn, for the heinous crime of … wait for it … oh, you gotta wait for this one … POSTING MEMES THE GOVERNMENT DOESN’T APPROVE OF.

No, I am not kidding, and here’s a link to the DOJ Press Release to prove it.

Check out this passage from the release describing Mackey’s “crime”:

Mackey allegedly tweeted an image that featured an African American woman standing in front of an “African Americans for [Hillary]” sign. The image included the following text: “Avoid the Line. Vote from Home. Text ‘[Hillary]’ to 59925[.] Vote for [Hillary] and be a part of history.” The fine print at the bottom of the image stated: “Must be 18 or older to vote. One vote per person. Must be a legal citizen of the United States. Voting by text not available in Guam, Puerto Rico, Alaska or Hawaii. Paid for by [Hillary] for President 2016.”  The tweet included the typed hashtags “#Go [Hillary]” and another slogan frequently used by the Candidate.

“Protecting every American citizen’s right to cast a legitimate vote is a key to the success of our republic,” said William F. Sweeney Jr., Assistant Director in Charge of the FBI’s New York Field Office. “What Mackey allegedly did to interfere with this process – by soliciting voters to cast their ballots via text – amounted to nothing short of vote theft. It is illegal behavior and contributes to the erosion of the public’s trust in our electoral processes. He may have been a powerful social media influencer at the time, but a quick Internet search of his name today will reveal an entirely different story.”

In other words, Mackey is being charged with posting a damn meme that preyed on Hillary Clinton voters in 2016 who were too dimwitted to understand that it was a lame attempt at humor. DOJ accuses him of engaging in vote theft without a shred of evidence that a single person fell for the meme. This is the same DOJ that can’t be bothered to investigate a single instance of the massive, real vote theft that took place in Pennsylvania, Michigan, Wisconsin, Georgia and Arizona in this election.

Meanwhile, Hillary Clinton herself and her campaign spent $11 million in that 2016 election campaign to pay a British spy to compile a dossier on Donald Trump consisting mainly of false claims that came from Russian spies in order to unfairly influence the election. These spies defrauded the FBI, defrauded members of congress, defrauded the courts and defrauded the American people, all the while being paid by the Clinton campaign and the Democrat National Committee.

All of this is a simple matter of unarguable public record, and the DOJ has seen fit to do nothing to bring her or anyone else involved in that transparent attempt to steal the 2016 election to justice.

While all that was taking place, it is also a matter of unarguable public record that senior officials within the FBI and DOJ writ large mounted an illegal spying and entrapment effort against various members of the 2016 Trump campaign, spending millions of federal government funds in the process, and the DOJ has made ZERO effort to bring any of those Obama/Clinton supporters to justice.

But some clod who posted a meme on Twitter? Yeah, that guy gets indicted strictly because his meme attacked Clinton and her supporters. Make no mistake about this: Had that exact same meme targeted Republican/Trump voters – and there were thousands during the 2016 campaign that did – Mr. Mackey would never have come up on the DOJ’s radar.

Remember John Durham? Where is he now? Where is his “report” that will never come? Where are all the indictments former AG William Barr told us repeatedly could be coming soon? Just as I and many others told you would happen throughout 2020, Durham has been effectively disappeared from the public space, his grand jury disbanded if it ever existed at all, and is no doubt just playing out the string until he is fired and replaced with some Biden flunky.

But this Douglas Mackey guy – who admittedly appears to be a repugnant human being – posted a meme the Pantsuit Princess didn’t like, so the full weight of the DOJ is brought down upon him.

Washington, DC is a police state, with 11,000 National Guard personnel still controlling everyone’s movements around the city and a non-scalable fence topped by barbed wire still surrounding the Capitol Building, and the DOJ is arresting people for Twitter memes. All of this to protect an elderly dementia patient who stole an election and rules by executive edict, supported by a Nazi-style media propaganda establishment and big tech oligarchs who are systematically shutting down any voices who dare to dissent. 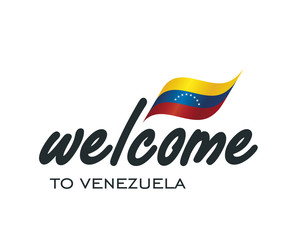 There is a sickness in our government.

An FBI agent, CIA Analyst and U.S. attorney belly up to the bar after a day of illegal surveillance, destruction of evidence, and filing false charges. They notice that everyone at the bar is slamming shots. Empty shot glasses are everywhere. CIA guy, because he is well trained in various dialects (the bar is in Northern VA. asks the bartender what the occasion is. The bartender replies “Why, it’s intellectual Tuesday”. We hand out I.Q. tests to our customers, and each customer gets a shot on the house for each 15 points on his score”.

“Oh, I’m just trying to figure out how we are going to split a shot three ways”.

Thank you, thank you. Dave, do the right thing and beg me to stay. A little humility is good for the soul.

Great read all true. We as Americans will overcome.

You’re talking about my joke, right?

I have three predictions for the “near” future in our glorious totalitarian state: 1) The ruling oligarchy will ban the use of cash. They will say it is for convenience, but it will be to track all personal transactions with an eye to arresting anyone they wish to punish. 2) Nationalized health care. They will say it is more efficient (guffaw!). But the real reason is that the ruling oligarchy hates elderly people. They look upon them as useless mouths to feed. And that just takes away from their own wealth accumulation. and 3) The ruling oligarchy will “nationalize retirement accounts (IRA and 401k) by stealing the wealth that elderly people have saved during their lifetimes. They will replace these accounts with government bonds that they will claim are safer and “patriotic”. But those bonds will quickly become worthless. Again, the ruling oligarchy hates the elderly and wants their wealth for themselves.

Are we still going to have those stupid paper toilet seat covers in airport bathrooms? That is my red line.

If cash is ruled out, then support the inevitable black market, bigly!

See my comment on a new wealth tax on retirement savings/earnings in the next article. As the SC (mister roberts) has ruled, all taxes are constitutional.

The cash issue may a bit difficult, but possible. Unfortunately we don’t control the propaganda media so the brainwashing on that will be a full court press

Single payer has been a dream of the conmunist demoncrats and
will probably be pushed hard.

The theft of the retirement accounts is going to happen. Sooner than later I suspect.

And the Covid vaccine will kill more senior citizens than covid will.
Mark my words on that one. You just won’t hear about it in the press.

As Gregg and I have been preaching (JImmy and Brian were also.)

Get out of the stock market. Buy up some silver and a small amount of gold. Get a good food supply stocked up. I recommend Patriot Supply for that. Ammo if you can get it. Get out of debt as far as is possible. If you aren’t a prepper, then you should become one. It ‘s not too late, yet.

Get ready for rough times as best you can.

And don’t go around telling anybody about your prep supplies. There will be those that are gong to see you as a source for their needs because they didn’t prep. .

Pray. And keep your head on a swivel. Situational awareness is more important than ever. And remember you’re not alone in this.

After Bagpipe the Hut said he saw no clear evidence of election interference or fraud, I knew that the DOJ was truly gone.

Bagpipe had done just enough to convince us he was one of the good guys by forcing the Mueller Inquisition to a halt and needling a few demoncrats in hearings to lull us all into complacency.

As for Durham, well, we will never know will we? Now that slojo and the ho have been immaculated, the answers and justice he might have given us are now on borrowed time, as I never heard that he had actually resigned as a US District Attorney and therefore will be fired shortly.

Slojo’s prediction that we were in for a dark winter missed it’s mark. We are in
for a Dark Age.

Bring me the head of Johnny the Office Boy!!!!

They are coming for you. If you do not organize at the local level and start working on behalf of America First candidates , those of us that survive after Iran trucks a nuke over , need to become fluent in Manadarin . Jomentia Inc is selling us down the Yangtze river as fast as he can. Gotta make good on his multi million buck deal with the CCP

[…] For more on that last subject, check out the other piece I posted this morning. […]