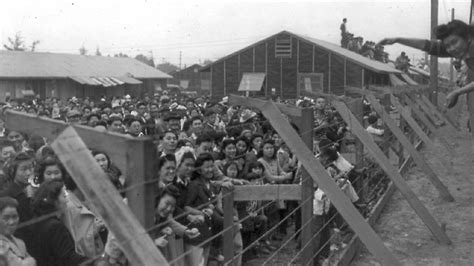 The advancement of COVID-supported fascism continues apace in New York. – There, the legislature will consider legislation that would basically allow fascist Democrat Governor Andrew Cuomo to summarily order anyone he deems to have a “contagious disease” to medical detention camps.

I swear I don’t make this stuff up. From a report at DailyWire:

A bill introduced by a member of the New York State Assembly would amend the public health law, permitting the governor of the state to order the removal and/or detention of a person deemed to be a “suspected case, contact or carrier of a contagious disease” who would “pose an imminent and significant threat to the public health.” The person in question then would be “detained in a medical facility or other appropriate facility or premises designated by the governor.”

New York State Assembly Bill A416, introduced by Democrat Noah Nicholas Perry, has been read once and referred to the Committee on Health.

The People of the State of New York, represented in Senate and Assembly, do enact as follows: Removal and detention of cases, contacts and carriers who are or may be a danger to public health; other orders. The provisions of this section shall be utilized in the event that the governor declares a state of health emergency due to an epidemic of any communicable disease. Upon determining by clear and convincing evidence that the health of others is or may be endangered by a case, contact or carrier, or suspected case, contact or carrier of a contagious disease that, in the opinion of the governor, after consultation with the commissioner, may pose an imminent and significant threat to the public health resulting in severe morbidity or high mortality, the governor or his or her delegee, including, but not limited to the commissioner or the heads of local health departments, may order the removal and/or detention of such a person or of a group of such persons by issuing a single order, identifying such persons either by name or by a reasonably specific description of the individuals or group being detained.

Holy crap. Just replace all references to persons with “contagious disease” with the word “Jews” and you have the very essence of Nazi Germany, circa 1938, making the rounds in the legislature of the state of New York. This is how the globalists plan to turn America into your basic police/prison state by using COVID-19 and what will inevitably become an endless procession of COVID spinoffs a the justification.

This process is already happening in formerly free nations like New Zealand and Australia and England and Canada. You don’t have to believe me – just take a look at this clip from Canada on Saturday:

Yes, friends, just as using proper English pronouns is now against the rules in the U.S. House of Representatives, hugging people is now illegal in Canada. In England on Friday, six people were arrested because their gathering together in a single private residence violated the Prime Minister’s draconian COVID order. Here in the U.S., New York City Mayor Bill de Blasio has been focusing most of his efforts on his city’s Jewish population and other churches, engaging in heinous violations of their civil rights in the name of COVID.

In case you hadn’t noticed, COVID has now essentially replaced the Global Church of Climate Change religion as the cause du jour of the radical globalist left. Having failed to destroy personal freedoms and economic growth using alarmism over “climate change” as their tool, the globalists have now latched onto a highly-contagious virus as their favored tool for advancing the cause of fascist globalism.

Make no mistake about it: They will continue pushing their “climate change” agenda – the Biden/Harris administration is going to be a living hell of radical climate regulation – but their main focus now is on using COVID as their excuse for grabbing all the power they can grab.

The bill introduced in New York is just the next trial balloon designed to see what they can get away with next. Their pals in the media are already no doubt being sent talking points memos on ways to normalize its provisions within the population, exactly as they have done with transgenderism and pedophilia over the past half-decade. Simultaneously, Cuomo will no doubt start to incorporate some of its provisions into his next round of executive orders and browbeat his public health advisors to go along so that he can claim it’s all based on “science.”

Which of course was exactly what Joseph Mengele and Joseph Goebbels were doing in Germany in 1938.

If you live in a state controlled by a Democrat governor, well, you can’t say I didn’t warn you.

Hard to see the government of the US taking actions like this..its COMMUNISM PLAIN AND SIMPLE!

One day.. I will learn to type and spell… maybe in my cell…

Instead of clambering to STOP Cuomo’s tyrannical iron fist, the denizens of NYS will clamber to reelect him! They’ll even vote for him from their detention camp cells. You can’t make it up.

Dark winter will move into somber spring leading to sunless summer (must self isolate indoors) and then an atramentous autumn.

The video of the police arresting the man is from the UK. Our police just go the the homes of people and arrest them there or give summons to courts at their residences.

Stole this from KC on Burning Platform

“We are being programmed to line up to enter stores. don’t talk to the people in front of you, nor behind. keep your distance, keep your mask of suppression on. fear your neighbour, report your neighbour.

look at old photos of Poland… a mess of drab looking people who just were walking corpses, east Berlin, old suppressed Russia or any of the eastern block countries of the time. we are looking just like them soon. all these people in lines staring down at their phones, no different than the pictures of old in these jack booted countries. no smiles, all fear and lifeless eyes.”

And he is absolutely right. People who have been under communist socialism are freaking out worldwide. If the US of A goes under, then there is nowhere on this planet that will be free.

I wrote again to the ‘Justice Center” again here in caukistan to see if they will take up the fight. Their first response to my email was a shrug and an ‘oh well’ kind of answer. I don’t expect it to change.

ALL the common wealth countries have gone full communist with the UK going the hardest communism of them all. Canastan is hard on their heels.

And the sad thing is, they don’t teach history or critical thinking any longer in most public schools so any references to Nazi Germany and its rise will just blow over the heads of the majority of folks under the age of around 50.

They are bound and determined to start a civil war over this crap.

The question I have been hearing most often on the radio and elsewhere is: Will 2021 be better than the dreadful year of 2020?

We will know that answer for sure on Jan 20. If President Trump doesn’t prevail and for sure if the GA runoff goes south, 2021 will be a much worse year in every way imaginable. I’ve said it before here and to anyone who will listen: With a btfsplk/roundheels administration, we will be looking back at 2020 with fond memories, and a deep sense of nostalgia.

Expect the antifa/blm criminals to go gorilla and attack infrastructures and supply lines etc… The communists never give up until they breath their last breath. 2021 – hold my neer

How long before we are forced to put a Yellow R on our clothes?

Shades of 1933. Warren Wilhelm is a high ranking Nazi official, and Cuomo is an Ill Douche (spelling intentional.) Wonder when Kristallnacht is scheduled to begin?

Of course, none of the House members who showed up to vote for Pelosi who had tested positive for “COVID” were sequestered and kept from voting. Rules apparently don’t apply to the Rich and Powerful Elites. Is that so hard to comprehend?

I’m guessing that anyone who shows up at the governor’s mansion – (in any state that has such orders as Cuomo intends) – to protest will be declared medically unfit and sent to what we used to refer to as “FEMA Camps.” Not so paranoid an ideation now, is it now folks?

One warning: if Bow-Wowser, the Warren Wilhelm of DC, allows the protesters to be set up and it becomes a flying sh-tstorm, with violence against the President’s supporters, the President will have every right to declare martial law. And the detainees might include…

Funny you mentioned Kristallnacht….I was just about to post:

…and the “mostly peaceful protests” are the modern equivalent of Kristallnacht

[…] For more – much more – on how the globalist left is using COVID to incrementally steal Americans’ freedoms and advance the cause of globalism, read the separate piece I posted earlier today. […]