The FBI is a raging dumpster fire of corruption and incompetence, part 6,354. – The Federalist’s Sean Davis captures it all right here in a single tweet:

The FBI was too busy investigating NASCAR garage pull cords and DNC-funded anti-Trump fan fiction to look into it. https://t.co/rbE0w5sCc3

So, the girlfriend of the Nashville bomber made the local FBI office aware that he was loading his RV with bombs a freaking year ago, and the FBI very predictably did…nothing. Just like it did with advance reports of too many school shooters and domestic terrorists to catalogue over the course of this 21st century. It is fair to say, in fact, that this exact narrative is the FBI’s standard procedure in such cases – the agency appears to be in the business of not just ignoring such potential “lone wolves” but cultivating them.

But hey, none of this should be surprising to anyone, given that the FBI is after all a part of the federal government. Yes, the only real solution for this would be for the Bureau to be completely dismantled from top to bottom and reinvented from the ground up. But that’s the case with the Department of Justice as a whole and pretty much every other bureau, agency and department in the DC Swamp.

And none of it will ever happen. Let’s be real here.

This happened in Georgia on Wednesday:

Welcome to 2020, when @JovanHPulitzer hacked a voting machine live during a government hearing and the press insists there is no evidence of election fraud. pic.twitter.com/jMR6DIB8vB

For a full report on the details, check out this report I posted yesterday evening.

Here’s an excerpt from it:

Speaking of movement on other fronts… – We may have had a possible game-changing moment take place in Georgia today, where a subcommittee of the state’s Senate Judiciary Committee held a formal hearing on election fraud that included live witness testimony and presentation of hard evidence.

One of the witnesses was analyst Jovan Pulitzer, a digital expert who explained to the Committee how all Dominion machines are in fact interconnected with the Internet despite the company’s consistent denials, and that he was in fact connected via computer to one such machine in Fulton County as he was speaking:

It is unlawful under Georgia law – and in most, if not all other states – for vote tabulating machines to be linked to the Internet or networked with one another.

Go read the rest. You’ll be glad you did. If there is any such thing as a potential “game changer” in the President’s efforts to reverse the clearly fraudulent outcome of this election, this could be it.

This happened last night, just in time to distract the public’s attention away from what is happening on the election fraud front:

BREAKING: Minneapolis Police fatally shot a man tonight (Wed.) during a traffic stop on the city's south side in an “exchange” of gunfire. (According to MPD spokesman) — @MPRnews reporter @JonSCollins is at the scene and took this photo. pic.twitter.com/RgHn6YKA4e

Funny how that always seems to happen, huh? Unsurprisingly, what the Minneapolis Star Tribune refers to as “an angry crowd” gathered at the gas station where the shooting occurred. Gosh, wonder if BLM and Antifa have anything to do with the “crowd” being “angry”?

Here’s an excerpt from that StarTribune report:

For much of the evening, a large police presence as well as an angry crowd were at the scene, a gas station near 36th Street and S. Cedar Avenue. Chief Medaria Arradondo said that witnesses reported the suspect fired first, and officers returned fire.

Minneapolis police shot and killed a man they say fired first during a traffic stop on the city’s south side Wednesday night.

It was the first police killing in Minneapolis since the May 25 death of George Floyd at the hands of four since-fired police officers. Floyd’s death spurred protests and rioting that spread nationwide and prompted an intense, often bitter debate about the future of the Minneapolis Police Department.

After Wednesday night’s shooting, a crowd of about 100 protesters congregated near the scene and at times grew tense, shouting expletives and throwing snowballs at police. Later in the evening, protesters remained relatively peaceful as they gathered at a bonfire built in the street.

The shooting occurred as officers tried to stop the man, whom they described as a felony suspect, about 6:15 p.m. at the Holiday gas station at E. 36th Street and Cedar Avenue. Arradondo said witnesses reported that the suspect fired first, and that “police officers then exchanged gunfire with the suspects.” A woman also in the car was not hurt.

Arradondo said he would move quickly to release the footage, and he pleaded with protesters to remain peaceful and to allow the state Bureau of Criminal Apprehension, which will take over the investigation, to do its work. He said his officers would respect protesters’ constitutionally protected right to freedom of speech but that “we cannot allow for destructive criminal behavior.”

Yeah, good luck with that, Chief. Expect this story to blow up today, as the corrupt news media tries to fan the flames in advance of January 6.

Here’s a thought. – How about we take that $140 million congress wants to sent to Pakistan for “gender studies” and allocate it to St. Jude’s hospitals to pay to help cure kids suffering with cancer instead?

Here’s a look at the line up of villains for the next four James Bond movies: 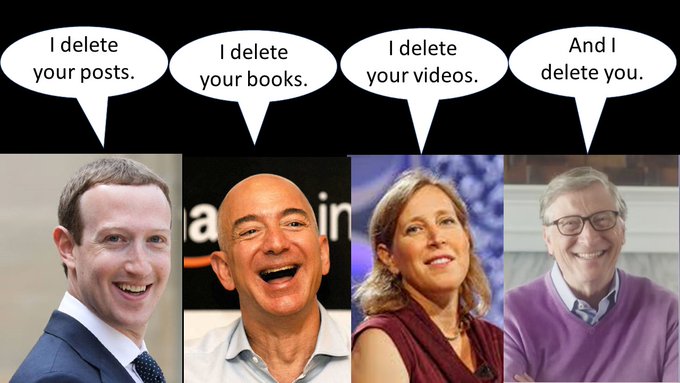 Ok, just kidding. But it should be. 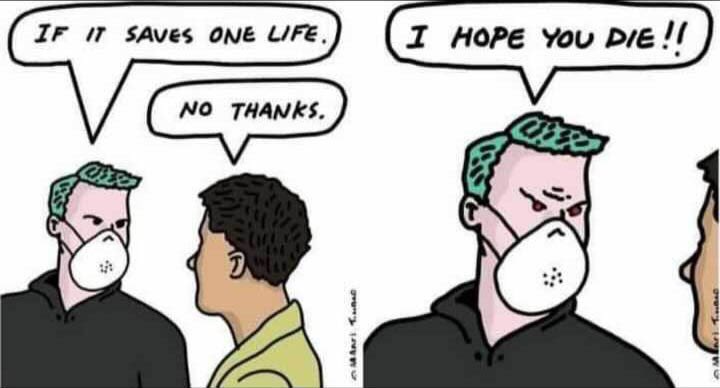 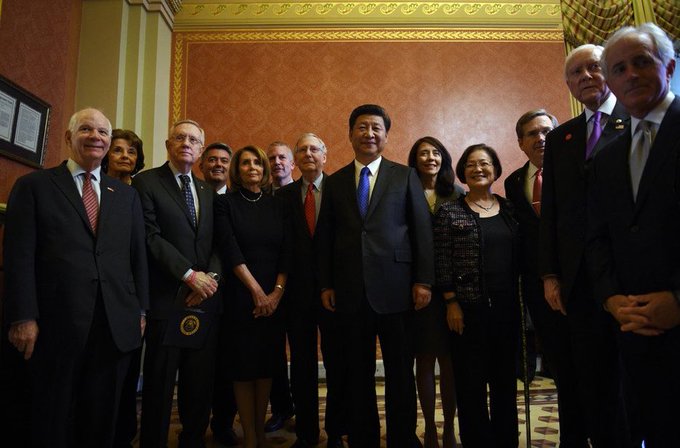 But enough of that fun.

Marco Rubio did the nation a favor on Wednesday. – The Senator from Miami published an epic op/ed piece at the Fox News website in which he exposes Anthony Fauci for the menace to American society that he truly is.

Here is an excerpt from that piece:

Thanks to our news media’s monomaniacal obsession with President Trump, few have paid attention to an important interview that Dr. Anthony Fauci gave last week, in which he acknowledged that he selectively lied to the American public about the coronavirus and what was needed for our national recovery.

The story is straightforward. For most of this year, Dr. Fauci and other scientists in our public health establishment have been telling Americans that about 60 to 70 percent of the nation would need a vaccine in order for us to reach herd immunity and make the coronavirus a non-issue.

But, speaking with The New York Times, Dr. Fauci admitted that he believes the real number is in fact significantly higher — perhaps 75 to 90 percent — and he declined to be forthright because he felt the country wasn’t ready to hear it. Only now did he say that he feels he has the freedom to “nudge this up a bit” without discouraging the nation.

I am sure that Dr. Fauci — the director of the National Institute of Allergy and Infectious Diseases — made the decision to mislead with nothing but good intentions. However, let’s be clear about what he was doing: lying to the American people in order to manipulate their behavior.

The American people deserve the truth; they also deserve accountability. When elected representatives make decisions, they can be held responsible by the public. But when public health officials with decades of experience and leadership within our nation’s institutions short-circuit the political process and make these decisions themselves, they deny the American people that same opportunity — and to change course if desired.

Go read the rest of it. You’ll be glad you did.

So RINO Rubio gets his hackles up over Fluki lying. BFD! Why now Rubio? Apart from Senator Rand Paul, I haven’t seen anyone push back on Fluki ever, especially when it mattered and when it was apparent, he was a national menace and had an agenda (partying with MaligNancy Klink and Walking Eagle should have been a clue) to anyone with a brain.

Why in the world Trump kept this guy and all the other turds like him in their positions is beyond my ability to comprehend.

Look for the old (I think he is 79) doctor/scientist to just fade away now that he has done all the harm to America he could.

We really need an old corrupt folk’s rest home for all these septuagenarians and octogenarians who have wrought such damage to America during their long and undistinguished careers. The rest home should be an annex of GITMO and all their families and associates should be forced to live with them permanently. The real tragedy is when all these communist/Marxists eventually assume room temperature, a whole new crop of AOC and Sallow types are waiting in the wings to pound the final nails into America’s coffin.

Another VDO.AI Popup that can’t be minimized, two days in a row! What’s up with that? Anyway, Happy New Year to one and all!

“I am sure that Dr. Fauci — the director of the National Institute of Allergy and Infectious Diseases — made the decision to mislead with nothing but good intentions. However, let’s be clear about what he was doing: lying to the American people in order to manipulate their behavior.”

The up and coming of the MAGA PARTY needs to revamp all the 3 letter agencies from the ground up first FBI, CIA, NSA, OMB, DOC, and so on every agency that doxed POTUS and the American people by failure to do its job properly without lying and deceiving its citizens.1st assign US marshals temporarily, also get rid of J Roberts from SCOTUS. he’s a traitor’s coward.

Happy New Year to you too Dave.

As an side, I’m 67 still working full time in contact with the public at large. I take D, C, and Zinc. Have been for years to prevent colds and flus. Although it is antidotal I have had no colds, flu, or the Covid. Just saying.

Regarding Fauci, was he lying then or is he lying now? No way to tell with a liar, right?

IMO, the Nashville bomber was cultivated into being the patsy. We’ll never know for sure but to me it smells CIA/FBI dark op to cover up one of their crimes. ‘CONSPIRACY’ Thats what all the criminals state when they don’t want you thinking or investigating their crimes.

I personally don’t think it was incomitance but more so a red flag op. If this Warner had been building bombs for a year the FBI would have released a long list of purchases by now and the ‘type’ of bomb used. They will have it all wrapped up like the Reno investigation very soon, nothing to see here, carry on.

One issue I see by claiming the FBI not investigating this guy earlier having been made aware of him. Is that how much surveillance do people want?? Should he have been placed on a watch list?? We all know where that goes, no fly lists remind you of anything?? The other thing is motive. Its easy after the fact to say it should have been this way or that, but at the time of contact its not so easy to gauge.

Take the girlfriend making the claims and reports. Was she disgruntled because he broke off?? Was she really concerned or vindictive and trying for a mild swat?? I see this as a spider web of questions, following the right strand thru the maze is difficult for which there can be consequences intended and unintended.

Jeffery Epstein killed himself. bagpipe says he did… carry on nothing to see…

Sounds like yey didn’t act on Warner because he could be useful as a patsy later. Remember Lee Harvey Oswalt?

A pox on all the “experts” houses – to infinity