Before we get to the meat of this piece, I wanted to share a couple of photos with you. Both President Trump and Traitor Joe Biden are holding rallies in Tampa, Florida today. The first photo below is an aerial shot from the Biden rally, showing the demented candidate speaking to maybe 100 people. Maybe. 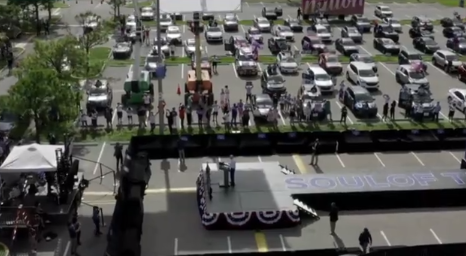 The second shot is from the Trump rally, showing the President speaking to an estimated crowd of 15,000 or more. 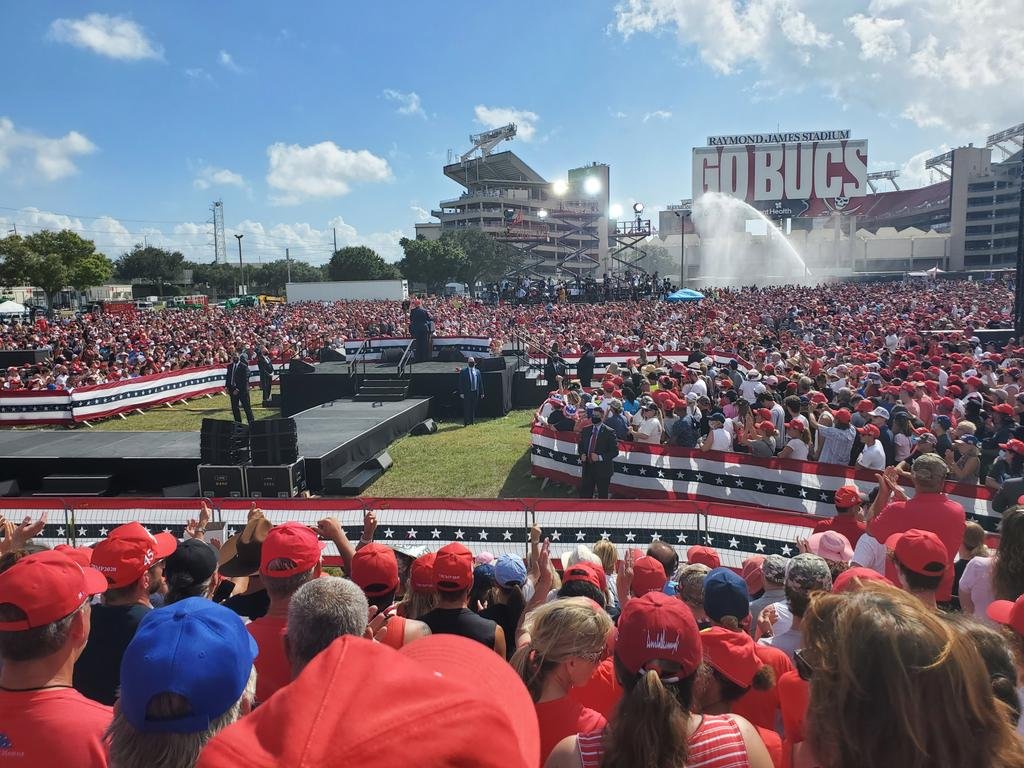 Our corrupt news media and their paid pollsters expect you to believe that the guy who couldn’t draw a crowd of mosquitos in the Everglades is about to win a landslide over the guy who draws crowds this large or larger everywhere he goes.

Glenn Greenwald is a liberal writer with whom I do not agree with about much. But he is also one of what has become the rarest, most-endangered species in America today: An intellectually honest liberal and a real journalist. In 2020, you could count the number of remaining samples of this particular species on the fingers of one hand.

Mr. Greenwald was a co-founder of the liberal blog/news site The Intercept back in 2013. From its very humble beginnings, he has helped grow it into one of the most highly-trafficked liberal blogsites on the Internet. Thanks mainly to his efforts, The Intercept established a well-earned reputation as a news source that has been willing to buck the leftists trends of the day, including the cancel culture and Nazi-like media censorship movement that have done so much damage to our society in recent years, especially during this crucial election year.

Greenwald places such a high priority on truth-telling that he even attempted to bust the solid leftwing media wall of Omerta on the Hunter Biden laptop story this week, only to find that he has now lost the ability to even buck the system at his own website. It seems the New York-based editors who now rule The Intercept were unwilling to allow even their own founder to tell the truth about Joe Biden on their platform.

As a result, Greenwald published a letter of resignation on a different blogsite called Substack today, and it is a thing of beauty that everyone should take the time to read and absorb.

Here is an excerpt from that letter to whet your appetite:

The current iteration of The Intercept is completely unrecognizable when compared to that original vision. Rather than offering a venue for airing dissent, marginalized voices and unheard perspectives, it is rapidly becoming just another media outlet with mandated ideological and partisan loyalties, a rigid and narrow range of permitted viewpoints (ranging from establishment liberalism to soft leftism, but always anchored in ultimate support for the Democratic Party), a deep fear of offending hegemonic cultural liberalism and center-left Twitter luminaries, and an overarching need to secure the approval and admiration of the very mainstream media outlets we created The Intercept to oppose, critique and subvert.

As a result, it is a rare event indeed when a radical freelance voice unwelcome in mainstream precincts is published in The Intercept. Outisde reporters or writers with no claim to mainstream acceptability — exactly the people we set out to amplify — have almost no chance of being published. It is even rarer for The Intercept to publish content that would not fit very comfortably in at least a dozen or more center-left publications of similar size which pre-dated its founding, from Mother Jones to Vox and even MSNBC.

Courage is required to step out of line, to question and poke at those pieties most sacred in one’s own milieu, but fear of alienating the guardians of liberal orthodoxy, especially on Twitter, is the predominant attribute of The Intercept’s New-York based editorial leadership team. As a result, The Intercept has all but abandoned its core mission of challenging and poking at, rather than appeasing and comforting, the institutions and guardians most powerful in its cultural and political circles.

Making all of this worse, The Intercept — while gradually excluding the co-founders from any role in its editorial mission or direction, and making one choice after the next to which I vocally objected as a betrayal of our core mission — continued publicly to trade on my name in order to raise funds for journalism it knew I did not support. It purposely allowed the perception to fester that I was the person responsible for its journalistic mistakes in order to ensure that blame for those mistakes was heaped on me rather than the editors who were consolidating control and were responsible for them.

…the brute censorship this week of my article — about the Hunter Biden materials and Joe Biden’s conduct regarding Ukraine and China, as well my critique of the media’s rank-closing attempt, in a deeply unholy union with Silicon Valley and the “intelligence community,” to suppress its revelations — eroded the last justification I could cling to for staying. It meant that not only does this media outlet not provide the editorial freedom to other journalists, as I had so hopefully envisioned seven years ago, but now no longer even provides it to me. In the days heading into a presidential election, I am somehow silenced from expressing any views that random editors in New York find disagreeable, and now somehow have to conform my writing and reporting to cater to their partisan desires and eagerness to elect specific candidates.

To say that such censorship is a red line for me, a situation I would never accept no matter the cost, is an understatement. It is astonishing to me, but also a reflection of our current discourse and illiberal media environment, that I have been silenced about Joe Biden by my own media outlet.

Numerous other episodes were also contributing causes to my decision to leave: the Reality Winner cover-up; the decision to hang Lee Fang out to dry and even force him to apologize when a colleague tried to destroy his reputation by publicly, baselessly and repeatedly branding him a racist; its refusal to report on the daily proceedings of the Assange extradition hearing because the freelance supporter doing an outstanding job was politically distasteful; its utter lack of editorial standards when it comes to viewpoints or reporting that flatter the beliefs of its liberal base (The Intercept published some of the most credulous and false affirmations of maximalist Russiagate madness, and, horrifyingly, took the lead in falsely branding the Hunter Biden archive as “Russian disinformation” by mindlessly and uncritically citing — of all things — a letter by former CIA officials that contained this baseless insinuation).

Go read the entire thing – it will be the best 15 minutes you invest today.

Ever since I started writing political columns for my small town local newspaper 34 years ago, I have warned that the steady disappearance of anything resembling a fair and free news media in this country represents a clear and present existential threat to our freedoms. As 2020 has rolled on and Election Day grown ever-closer, the conversion of our national media establishment into a Nazi-style propaganda operation working at the behest of a single political party that will resort to literally any measure in order to gain power brings us ever-closer to the implementation of a brutal totalitarian state.

The refusal of the entire national media complex to report on the massive Biden Crime Family scandal is just one of the sorriest episodes in a year that has seen the consolidation of this Nazi hivemind culture within pretty much every national media outlet. Literally everything outlets like CNN, MSNBC, the New York Times and the Washington Post report today is pretty much 100% false. Objective truth has become a foreign concept to be actively avoided at these and other media outlets, especially any truth that might do harm to the Democrat Party objective of assuming total power.

And of course, the big social media platforms have happily joined in the fray, employing censorship tactics that would have made Joseph Goebbels green with envy.

Enable and emboldened by the media’s efforts on their behalf, Democrats believe that they stand today in the precipice of attaining that power.

God help us all if they turn out to be right.

15 thoughts on “Corrupt Media Update: Glenn Greenwald Leaves The Intercept With a Bang”