But MSNBC and CNN no doubt think he was a “mostly peaceful” police shooter. – Law enforcement officials in Louisville arrested the scumbag who shot two of their fellow officers during that city’s rioting on Wednesday.

The man was wearing a Sugarhill hoodie – because of course he was – and was so well-trained in terrorist tactics that he was using his fellow BLM terrorists as human shields.

No word yet of CNN and/or MSNBC have offered the guy a 6 figure “contributor” agreement, but it seems likely given recent history.

But…but…but…Jake Tapper and Rachel Maddow have assured us that voter fraud is a myth. They wouldn’t lie to us, would they?  – Well, of course they would. That’s what they’re paid to do. Wake up.

On Thursday, Texas Attorney General Ken Paxton announced the arrest and indictment of a Democrat county commissioner and three fellow Democrats who had set up an illegal vote-harvesting operation in an effort to steal a Democrat Party primary election in 2018. AG Paxton further detailed that the four Democrats were subject to no fewer than 134 counts of felony voter fraud activities.

From a piece at Fox News:

“It is an unfortunate reality that elections can be stolen outright by mail ballot fraud,” Paxton said in a statement. “Election fraud, particularly an organized mail ballot fraud scheme orchestrated by political operatives, is an affront to democracy and results in voter disenfranchisement and corruption at the highest level.”

“To increase the pool of ballots needed to swing the race in Brown’s favor, the group targeted young, able-bodied voters to cast ballots by mail by fraudulently claiming the voters were ‘disabled,’ in most cases without the voters’ knowledge or consent,” Paxton’s office alleged.

Of the total charges, 97 felony counts were leveled against Jackson, 30 of them for alleged election fraud.

Just to be complete, here’s a photo of the Democrat perps: 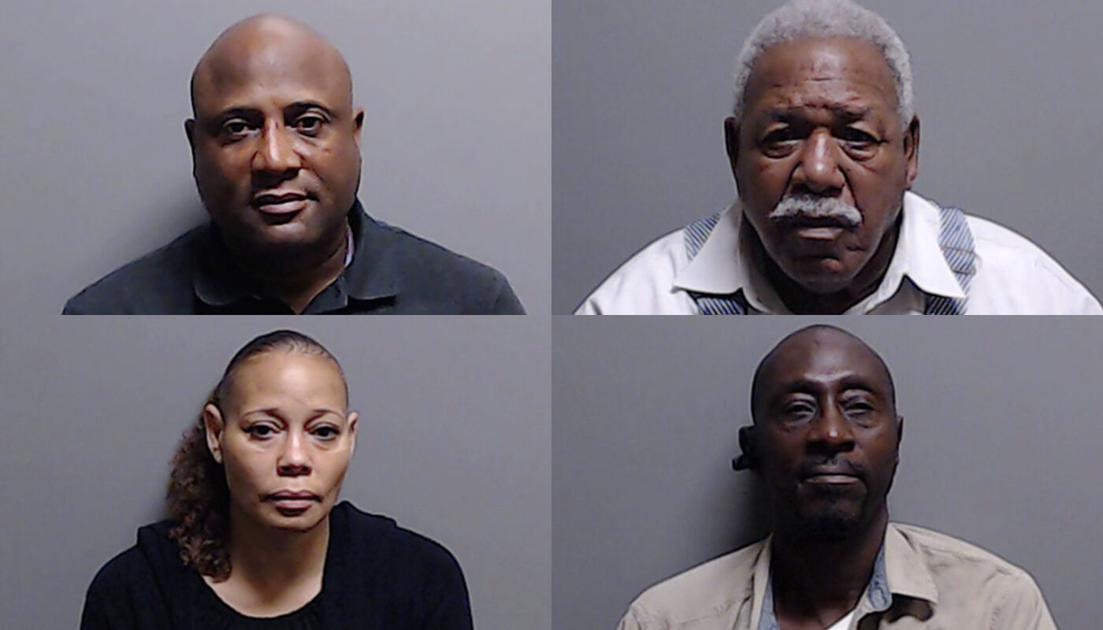 Yes, Virginia, there is voter fraud in America.

Democrats: “Trump is attacking our norms and institutions!!!!!!!!!”

From a story at Fox News:

Democrats plan to introduce legislation that would limit the length of a term a Supreme Court justice could serve to less than two decades as President Trump prepares to announce a candidate to fill Justice Ruth Bader Ginsburg’s seat this weekend.

Rep. Ro Khanna, D-Calif., who is the lead sponsor, is expected to introduce the bill next week, a spokesperson for Rep. Khanna confirmed in an emailed statement to Fox News on Thursday.

The bill would limit justices’ terms to 18 years, a spokesperson for Rep. Don Beyer, D-Va., who also worked on the legislation, told Fox News.

In a post on Twitter, Khanna said the measure was important to ensure all presidents have “an equal chance to appoint justices.”

Currently, justices do not have term limits. The average term of a justice appointed between 1966 and to present day is about 25 years.

By the way, Ro Khanna, the bill’s chief sponsor, is a communist who served as the chief spokesman for Bernie Sanders’ presidential campaign.

You seriously could never make these people up.

Meanwhile, on the Democrat-sponsored riot front… – Democrat Party-affiliated terrorists continued to execute their Party’s chaos strategy in various cities overnight, as the Biden campaign continues to need all the distractions it can get.

Here are some of the lowlights:

Antifa rioters have started a large fire outside the @PortlandPolice union hall, a building they’ve broken into and set on fire multiple times in the past 110 days. Police just declared the gathering an unlawful assembly. #PortlandRiots #antifa pic.twitter.com/xCWKhHvwTp

Outside the @SeattlePD east precinct, the heart of the former CHAZ, #antifa rioters have returned tonight. They started fires on the street. Last night they bashed a cop on the head with a metal bat. Seattle city council voted this week to defund SPD. pic.twitter.com/WdLb7azB11

Graphic: A BLM protester in Los Angeles who shut down the road with a large mob got hit by a truck. pic.twitter.com/tqF14CN4WP

“All you white mother f—kers leave!”

First Unitarian Church in Louisville is welcoming black protesters & rioters as the curfew comes into effect. Some are making sure whites stay out. They threaten to beat up those who don’t comply. Vid by @BGOnTheScene pic.twitter.com/Yhlp5LjZMt

A vote for Joe Biden or any other Democrat on the ballot is a vote for this. That’s just a fact.

Robert Caro’s 4 volumes on LBJ go into detail on election stealing in Texas by democrats.

paying Mexican workers $5 to vote according to instructions. delaying calling-in your vote tally because it gives the other democrat time to ‘find’ more votes via a friendly democrat judge.

Caro, who admires LBJ as a political genius, and tells why, explains that LBJ stole every election he was ever in until the last one, including school elections.

yet every hallucinatory democrat you can find is just SURE his/her people are honest as…as…well, Al Sharpton, among others.

Saw that this morning. Bet it was a dump point where the ones with a trailer pull up and scarf them away till election day when they know the required count and needed locations for the harvesting process. Leave them at the dump so there’s no paper trail. Cover them up until after hours for collection and distribution. Especially after the 2018 election and recent primaries with hundreds of thousands of mis-delivered and fraudulent / thrown out mail in ballots how can they possibly say that it will be free and fair? It is a farce and total joke. In person or absentee only with photo ID. That is the only way.

More likely they are a republican voter’s ballots. You know, compare the name against the voter registration list, cull out the ballots that match GOP voters and toss them, Once the Postal service delivers them to the county clerks it’s easy-peasy for them. And if there’s nobody but the clerk and their staff watching the ballots……

Well, the mostly-peaceful shooter WAS peaceful when he was taking a shower, taking a dump and brushing his teeth. Assuming that he brushes his teeth and bathes regularly, (which is kind of doubtful.)

It’s really shocking and aggravating that more and more (Democrat) vote-by-mail fraud is uncovered in one state after another and the GOP is still sitting on it’s collective arse instead of putting a stop to the scam. It’s another situation where everyone in America sees the problem and yet the scam is allowed to plow ahead, full steam, with little to no resistance to stop it at all. We’ll just sit by and watch the Democrats steal the election.

Normal people have had just about enough of this crap. Its starting to backfire. Unfortunately, right-thinking blacks will suffer the consequences along with the bad ones. It will only get nastier as the election nears. Rent-a-mob white thugs will also get what’s coming in the form of real bullets.

On Nov. 3rd it will all go away, along with the COVID-19 hoax, and Trump’s economy will start booming again.

Looked up Gregg county, especially since it is my first name and found it to be a very small county in Texas. If fraud is this bad in a county of 125,000, I wonder how bad it could be in (Kamala) Harris (Houston) County, Bexar (San Antonio) County, Tarrant (Ft Worth) County, Dallas County, Travis (Austin) County, and El Paso County?

My guess is over half of all of Bozo Beto’s votes came from those six counties, and that half of those were fraudulent. Take the corruption out of those counties and Texas would really be nirvana.

If you want to ambush and attack vehicles as they are trying to pass through, you deserve to get run over. Period. I keep hearing in all of these videos people screaming “Oh my God, oh my god!!”….you know what? Get the hell out of the road! That will improve your chances of not being run over by a panicked driver improve by 100%.

America has been very patient, very resilient so far. I’m waiting to wake up one of these mornings to find out there has been a major incident. Because at some point, somewhere, people are going to stand up and say “enough”. Local and federal LE responses have varied, but so far this has not been a deterrent. These marxist rioters keep coming. I’d like to see the national guard rolled out in earnest. If that fails, its going to get very ugly. Because the only thing left will be the threat of losing one’s life.

In the 60s, police told drivers not to stop during race riots.

Stuartswede in waiting, for Godot