Creepy Uncle Quid Pro Dementia China Joe Biden was allowed by his handlers to venture out of the basement Monday on an emergency mission to Pittsburgh, as his campaign’s polling tanks due to the big-city riots his Party has been sponsoring around the country. Biden, who couldn’t be bothered to even acknowledge the mayhem being created by his Party’s domestic terrorist support groups at his convention two weeks ago, took the stage in Pittsburgh to try to convince the public that it’s all Trump’s fault.

“Does anyone believe there will be less violence in America if Donald Trump is reelected?” Biden’s speech in Pittsburgh said. “We need justice in America. And we need safety in America. We are facing multiple crises – crises that, under Donald Trump, keep multiplying.”

Well, yes, the crises keep multiplying because the Democrat Party and its corrupt toadies in the Nazi-style news media keep inventing them out of whole cloth. And let’s notice that that first sentence is in fact a direct threat to the American voter – a threat that the Party and media will only ramp up the violence and mayhem should they re-elect the President. That threat is seditious, and it is evil.

But things only went downhill from there. At one point, the Democrats’ Unfrozen Caveman Nominee tried his hand at China Virus math, and hilarity ensued:

"COVID has taken this year, just sinthe outbreak, has taken more than 100 year—look, here's, the lives, it's just, it's, er, I mean, y'think about it. More lives this year than any other year for the past hundred years." —@JoeBiden pic.twitter.com/jwGaJqlIaw

Please marvel at the fact that Joe Biden was in fact standing there reading a damn speech off of a TelePrompter. And that, friends, is why you will never see Joe Biden on the same stage with President Trump in a debate. He can’t even be trusted to properly read a script.

Biden also at one point during his speech had this to say about allegations that he would ban fracking if elected:

In fact, during the Democrats’ debate last August, Joe Biden raised his hand with everyone else on the stage when asked by the moderator if he would ban fracking. Raising your hand means “yes”, Joe.

But more recently, he has gone even further than that, promising to ban fossil fuels altogether:

Biden, speaking at a New Hampshire event in Feb: “We are going to get rid of fossil fuels." pic.twitter.com/kFwJQGFk43

So, yes, all you good people in Pennsylvania and other oil, gas and coal-producing states, Joe Biden would indeed ban not only fracking, but your entire way of life if he is elected in November. Just as importantly, once he resigns and hands the office over to his running mate, Kamala Harris, know that she has also repeatedly promised to ban fracking and indeed, all fossil fuels.

These people are liars, and they’re not really very good at it.

*** UPDATE *** The Trump campaign has already released this:

BIDEN: “No more ability for the oil industry to continue to drill. PERIOD.”

Joe Biden will OBLITERATE energy jobs across this country. pic.twitter.com/4MWbUxJB9U

One day at a time. The future is not predicted. It’s what we say, research, discuss, and do that determines what happens the next days.

I’m beginning to wonder if factions in the Bernie/Biden campaign are now trying to create a massive Trump landslide so they can blow up the Democratic party, pry the controls out of the Clintons grubby fingers, and rename it the Marxist, Communist, Socialist, Progressive Party.

“Biden’s speech in Pittsburgh said.” Loved the way you phrased that Dave.

What Biden’s speech said, because Biden didn’t say it; just like Biden doesn’t do his tweets. There is no doubt in my mind that someone dresses him at this point.

Out of curiosity, what was the compelling reason for him to go to Pittsburgh? He already wussed out of going to a city that matters so far. Didn’t go to a riot plagued city; didn’t go last week’s hurricane zone either. Where is his next stop on the malarkey stagecoach? Dover Delaware? or Salisbury Maryland? or his ‘hometown’ Scranton, PA?

The sign language people are going to have to come up with a whole new language to interpret his speeches.

All kidding aside, I want this man to be the face of his party and his campaign for the next two months. My biggest fear is of some sort of internal coup where Btfsplk gets removed. I don’t know who the replacement would be, they are all equally awful and full of Schiff, but at least anyone else would be coherent.

I’ve seen a New Jersey senate race (2002) where BJ Clinton (he Dem’s Don at the time) forced out an incumbent Dem senator who was too corrupt for even NJ voters and was going to lose to a good GOP candidate. This happened well less than two months before the election and the Damn RINO Gov Whitman NJ Supreme Court allowed the Dems to anoint his successor in direct violation of all NJ election law and tradition. The Dems drug up the retired fossil Frank Lautenberg and voila’! just like magic! Frank won and saved the seat for the corruptocrats.

No, I want joe btfsplk to be maintained at 98.6 Deg. F. and erect for the next 64 days at least. He is their perfect candidate. I don’t want to see a Lurch or an Algore type coming to the rescue and garner any kind of sympathy vote.

I mentioned those two because they came very close to winning their respective races and are relatively untainted by the mess that is this year’s campaign and could be seen as a relatively sane alternative to GO-JO(e) Brain Biden.

I still fear the Dems have a plan X to prop someone up who is somewhat saleable.

Jiffy cornpops lunchbox sniffy shampoo dog faced igloo pony basement.
A rubber chicken in every bag of pot.
Vote CPUSA or your city/town will burn to the ground.
Forward! Yes we can.

I can think of a few other hand gestures that would be more appropriate:

? I can’t stop lmao. The toughest job in the world indeed.

The excitement is palpable.

The Democrats are just this week realizing the enormous trainwreck that is approaching. The interesting thing to watch will be how they respond.

The smarter ones will try to get out in front and position themselves for the aftermath (Obama, Rahm Emanuel, Michael Moore, Bill Maher).

The clueless, which includes most of the media, will be annihilated in the wreckage.

The Never-Trumpers are the saddest sacks. Pieces of Bill Kristol will be strewn across six states.

I want to be the fly on the wall of every never Trump pos rino election when tidal waves of red wash across the map. They might just stroke out.

Biden’s problem, among many, is that his convention and campaign were taken over by the Bernie Bros, but he doesn’t realize or remember it. Nor does he remember what he had for breakfast, nor does he know what city he is in. 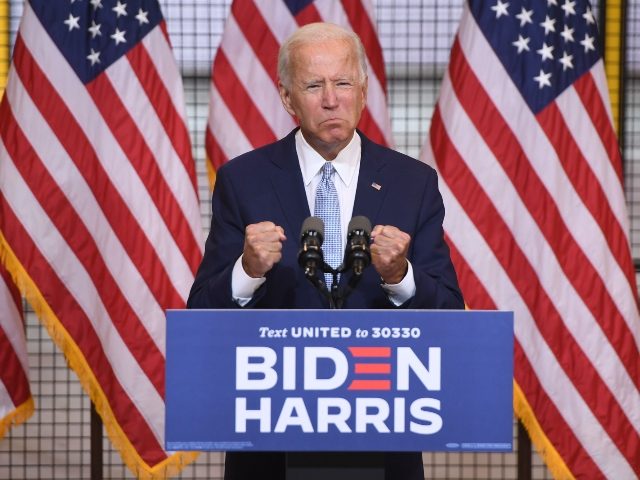 Looks like he’s trying to perform a Valsalva, (i.e. straining to get one out).

Put the two pictures side-by side….

And even then, the pictures aren’t as silly and incoherent as his attempts at human speech and reasoning; those attempts at speech remind me of a Siberian Husky whose owner taught it to make noises that sound like:

He’s gonna be increasingly an object of ridicule, and no bully deserves it more – ’cause that’s what he always has been and always will be.

Ever see the mechanical kitty, whose mouth opens and shuts when you wind it? Can’t find the picture nor video, but Senile Joe’s picture (above) looks just like it.

See if this works… 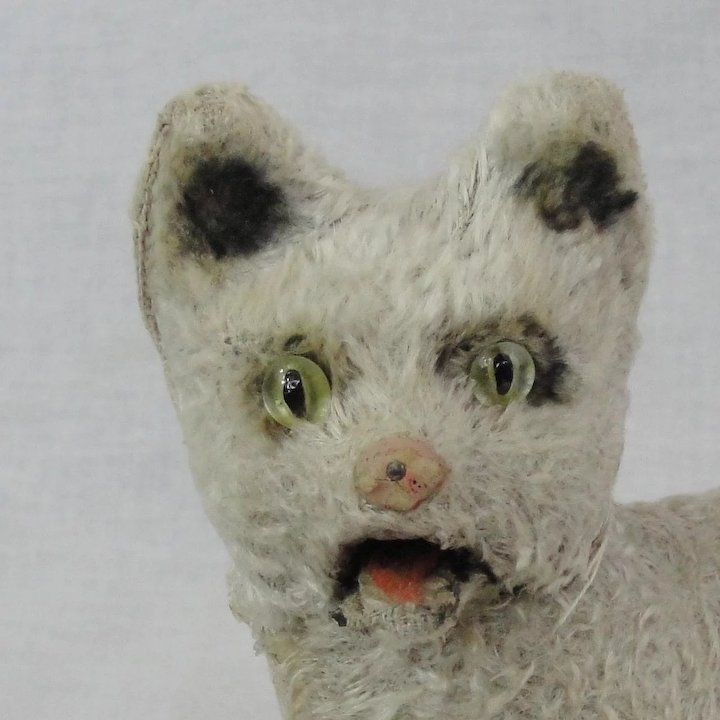