Things are getting pretty hairy for Quid Pro China Joe Biden, though he is most likely blissfully unaware of it all. The video clip released on Friday of Tara Reade’s mother calling in to the Larry King Live show in 1993 to talk about Biden’s alleged sexual assault on her daughter has been making the rounds on social media all day. More importantly, the implications of the video – that, unlike any of the liar accusers of Brett Kavanaugh, it demonstrates clear contemporaneous proof that Ms. Reade told family and friends about Biden’s abuse and harassment – are beginning to sink in on the few remaining Democrats who still have a conscience.

One such Democrat apparently is Democrat operative Peter Daou, who served as an advisor to both John Kerry and Hillary Clinton. After seeing the video of Reade’s mother’s call-in to King, Daou on Saturday posted a thread on Twitter begging Creepy Uncle Joe to quit the race. The full text of that thread appears below, but first, here is the video clip for those who have not yet seen it:

#BREAKING: HERE is the video from August 11,1993's 'Larry King Live' described by @TheIntercept (and Tara Reade) as allegedly featuring her mother calling in and alluding to Reade's sexual assault claims against @JoeBiden (blog here by @ScottJW) https://t.co/fCgEqBnX7n pic.twitter.com/V5FGHskv56

Now, the thread by Mr. Daou:

1. I respect the will of the voters.

2. But new information has emerged supporting #TaraReade's account of being sexually assaulted by #JoeBiden.

3. Credible rape accusations are disqualifying or we have NO moral standards.

4. Defeating Trump is NOT OPTIONAL. 5. To avoid potential catastrophe in Nov., #Biden should withdraw. 6. #Warren, #Harris, #Klobuchar, #Buttigieg, #Castro, etc. could replace Biden. 7. #Bernie can restart his campaign. 8. We can reboot the primary and give voters a choice.

9. This is the ethical position AND the smarter strategy to beat Trump. 10. We lose ALL moral authority if we embrace “the lesser of two accused rapists.” 11. Polls show other Dem candidates can win. PRINCIPLES MATTER. WE CAN BEAT TRUMP AND PROTECT OUR VALUES.

ADDENDUM 1: I made the same arguments about #Franken and #Kavanaugh. If #MeToo means anything, it CANNOT BE APPLIED ON A PARTISAN BASIS. And for the record, I also think the same standard should apply to Bill Clinton’s accusers.

ADDENDUM 2: My thread is not about #Bernie winning. I explicitly stated that Biden can be replaced with any of the other Dem candidates and we can restart the primary and give voters a choice. This is about RED MORAL LINES. Sexual assault is unquestionably one of those lines.

ADDENDUM 3: I want to defeat Trump and the GOP as much as anyone in America. I’ve spent my life fighting them. But we cannot defeat Trump with a lesser of evils approach. If you really want to win, DO NOT COMPROMISE BASIC MORAL STANDARDS. It is a sure formula for losing.

ADDENDUM 4: Spare me the “you’re helping Trump” b.s. The only Dems helping Trump are Pelosi, Schumer, and their establishment colleagues who have given him a space force, Patriot Act, trade bill, ICE funding, and all the rightwing judges his heart desires.

Obviously, if you hadn’t already figured it out, Daou is also a big fan of The Commie, Bernie Sanders, and supported him during the primary season, which, as he points out, hasn’t ended yet.

But…Daou is about to discover some harsh truths about the Democrat Party. The first being that, to the Democrats, PRINCIPLES DON’T MATTER, no matter how many tweets you issue in all caps wishing they did.

The second being that the #MeToo movement also has no principles, means nothing and in this case most certainly WILL BE APPIED ON A PARTISAN BASIS. If you think for one second that prominent #MeToo hypocrites like Alyssa Milano are going to suddenly develop a conscience and toss their favorite Unfrozen Caveman Senator overboard after having spent the last solid year ignoring the crystal clear reality of his rapidly declining cognitive state, you are living on Fantasy Island.

The third thing Mr. Daou is going to discover is that, before issuing his Twitter thread, he probably should have taken a moment to reflect on the fact that the consequences for Bill Clinton’s being a lifelong serial abuser of women were that he served two terms as Arkansas Governor, two terms as U.S. President and became fabulously wealthy and praised by Democrat hypocrites once he left office.

In other words, Daou’s decision to become the first semi-prominent Democrat to break the Party’s hush order on the Reade allegations is likely to end up being far more damaging to him than it is Quid Pro China Joe, unless other semi-prominent Dems decide to join him. If that happens, things could eventually get pretty dicey for Biden, even though he mostly likely won’t even understand it’s happening.

UPDATE: In what has to be considered an important development, CNN corrupt talking head Chris Cillizza becomes the first person from that despicable organization to break the silence on the Read allegations with this tweet: 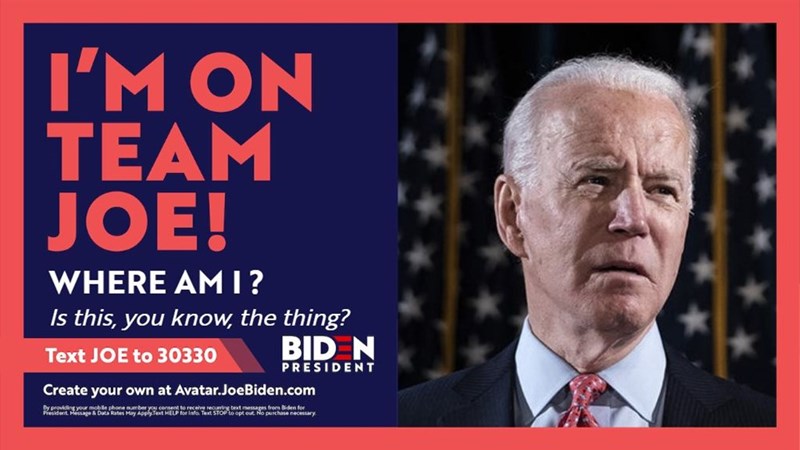