I’m just going to leave this one right here – no need to add a damn thing. 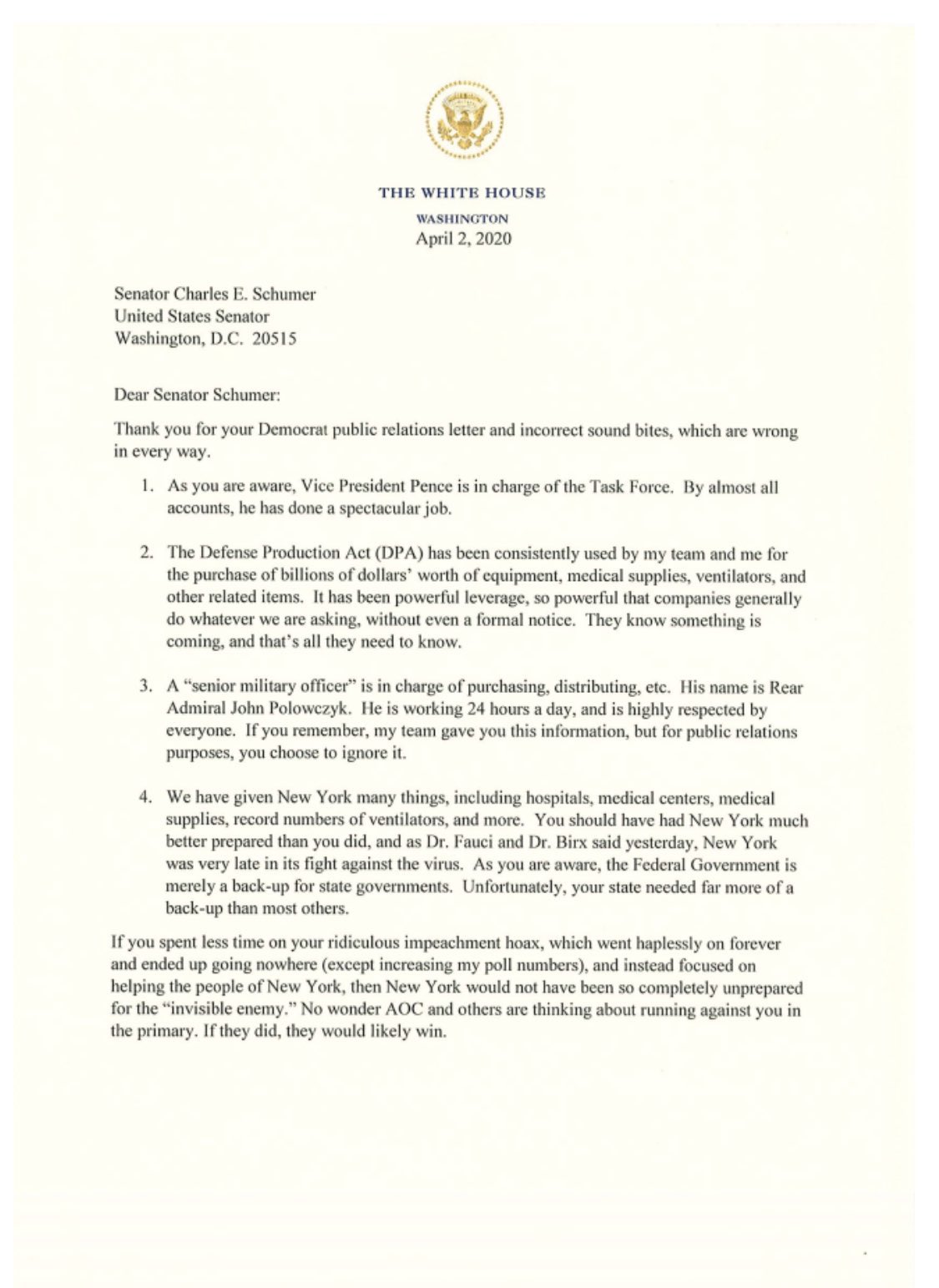 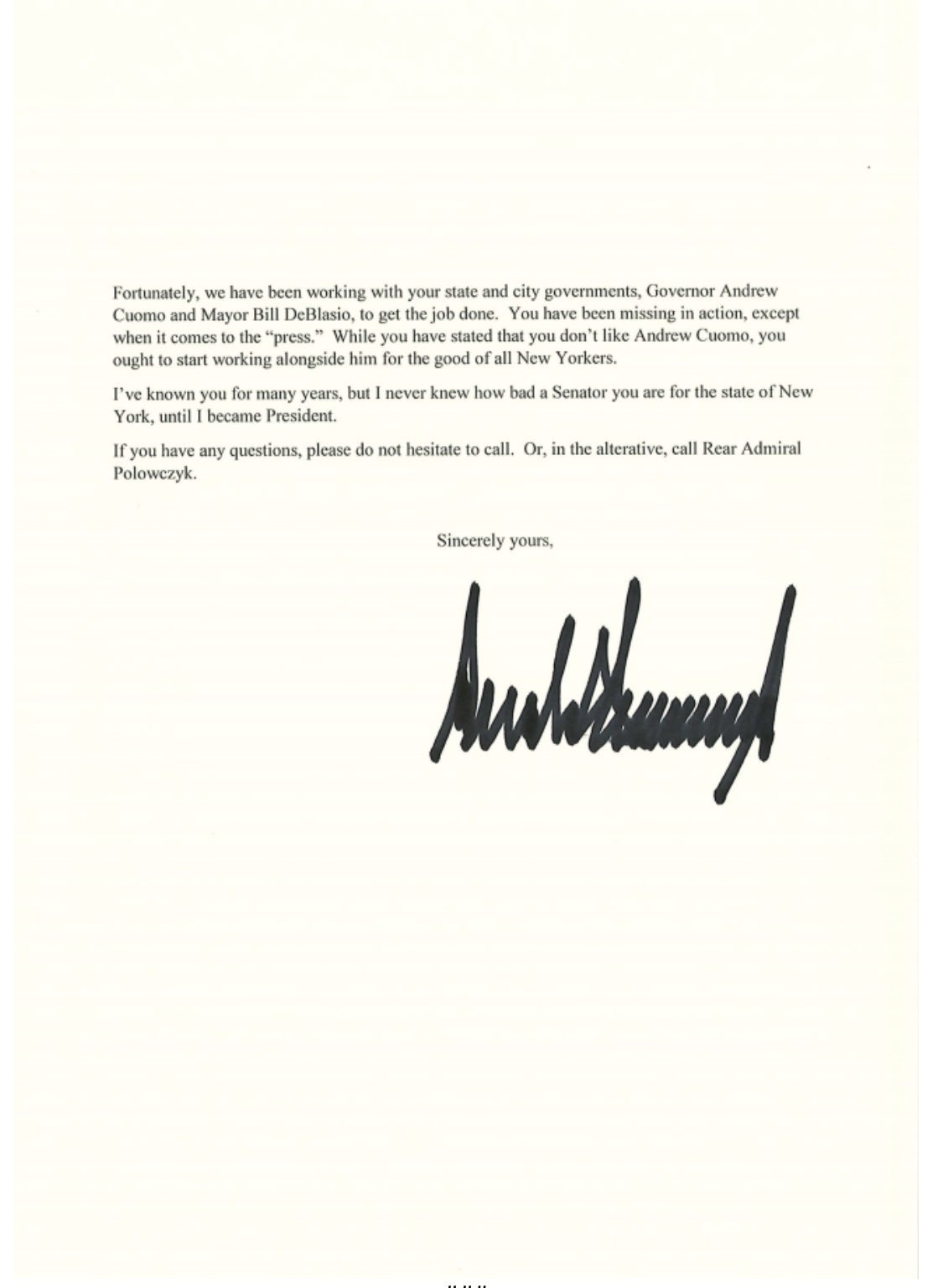 God, I love this man, this greatest President we have ever had.

Saw the letter Schmuckie wrote; what a bunch of crap and Trump did a masterful job blowing him out of the water.

I once thought Pelosi and Schumer were brilliant strategists – turns out they’re not. They were, relative to the dolts who were running the GOP counter effort.

Trump is destroying them and their message.

The amazing thing is the left and their toadies never seem to learn (Einstein’s definition of insanity) – someone urinates on Trump; Trump Schiffs all over them.

Winning. Not tired of it yet! Keep it up good job. The hardest working POTUS ever! Thanks.

“According to Assistant Attorney General for National Security John C. Demers, Taheb “planned to conduct a terrorist attack on the White House as part of what he claimed was his obligation to engage in jihad.”

Some readers might remember my warning on January 13-14 of 2019, where I stated that the President should work from the bunker underground, that there was something on the way. I had also sent emails to the Whitehouse to that effect. And they probably thought I was a crackpot, but I had a vision, and it was correct. Whatever impact my vision (from the Lord) had on the events turning out as they did, with the suspect being arrested, I have no clue.

But it oddly coincided with Pelosi’s attempted trip to Brussels and Afghanistan, after having made Air Force One into a mobile SCIF, with Adam Schiff and Pelosi’s family in tow. And Brazil’s tweet about “future President Pelosi.” Clearly some one was expecting her to be sworn in,

I wonder what the plea deal entailed? Heard any footsteps behind you, Nancy?

This letter was no blunderbuss (an early version of a shotgun) but it will have the same effect; President Trump can put a finer point on a needle, jab it in, and at the same time make an entire room of TDS-ers faint in a puddle of their own pee. It’s a talent they’ve never experienced.

Would love to see the Schumer letter and soundbites the President is referring to.

Trump probably doesn’t want to waste his time, but an even stronger letter to Klink and Hochstetter would be great to see.

Yeah, and his dingbat sister senator is just as bad.

I really truly hope the GOP runs someone decent (Rudy? even Hannity) against him or AOC.

Wouldn’t it be wild if AOC were to primary Chuck, beat him and she loses her primary to either Crowley, or someone else, and then a Republican beats her like a drum in the general election? NY could kill two turds with one flush so to speak.

The trifecta would be Trump winning NY state outright. There are really only four to five basket case counties in the whole state: Manhattan, Kings, Queens, and Bronx and a couple of partials like Nassau, (Central Long Island) and Erie (Buffalo); the rest of the state is pretty sane. Granted, these counties have huge Democrat populations, but hope springs eternal. NYC has voted for a GOP mayor twice (Rudy) and a non-Democrat a couple more times (Mini-Mike), which shows the Dems have no one, except de Bozo and we all see how great he is. NY state also voted for a GOP governor – Pataki – who beat the original Cuomo, AKA as Mario the Pious. He also won reelection at least twice since 1994.

When the Democrats give people no one to vote for, even NY can be turned RED. And there is no NY Democrat now that any sane person would or could vote for.

I think and hope Trump campaigns heavily in NY and CA; make the Dems spend real money and effort to hold those states.

It is going to take a while for this message to reach Chuckie’s small brain. It a couple of days he will suddenly stop and start muttering to himself when the meaasge reaches it. President Trump never gets tired of winning. Gotta wonder if Chuckie ever gets tired of loosing?

Ever consult a dictionary? Maybe you should.