There is nothing small about Mini-Mike’s ego. As the billionaire oligarch continues his attempt at a leveraged buyout of the Democrat Party and its presidential nomination, there is no bigger factor getting in his way than his own unbearable arrogance. Let’s go through the highlights of what we have heard from the former Mayor of New York City in just the past week:

Stop and Frisk – A week ago today, video leaked of a 2015 speech in which Bloomberg, then 3 years removed from his final day as Mayor, bragged to an audience in the starkest, and most racist of terms about the “stop and frisk” policy he employed in the city’s minority neighborhoods:

“And the way to get the guns out of the kids hands is to throw them up against the wall and frisk them” #BloombergIsARacist pic.twitter.com/MkONUhQQpX

That video gave us, in part, this infamous quote:

And look, the way you get the guns out of the kids’ hands is to throw them up against the walls and frisk them.

Bloomberg’s hostile workplace for women. – In a February 15 piece – that it very interestingly chose not to hide behind its famous pay wall – The Washington Post detailed Bloomberg’s years of dealing with dozens of lawsuits filed by female employees over the hostile workplace he created and maintained at his computer and media operations.

The piece, which is at least 3,000 words long, goes into great detail about Bloomberg’s demeaning treatment of women in his workplaces, a pattern that apparently went on for decades. Here is just one of the examples of Mini-Mike’s brutish behavior towards female employees detailed in the article:

89. On April 11, 1995 at approximately 11:20 a.m., Bloomberg was having a photograph taken with two female Company salespeople and a group of N.Y.U. Business School students, in the company snack area. When Bloomberg noticed Garrison standing nearby, he asked, “Why didn’t they ask you to be in the picture? I guess they saw your face.” Continuing his penchant for ridiculing recently married women in his employ, Bloomberg asked plaintiff, “How’s married life? You married?” Plaintiff responded that her marriage was great and was going to get better in a few months: that she was pregnant, and the baby was due the following September. He responded to her “Kill it!” Plaintiff asked Bloomberg to repeat himself, and again he said, “Kill it!” and muttered, “Great! Number 16!” suggesting to plaintiff his unhappiness that sixteen women in the Company had maternity-related status. Then he walked away. 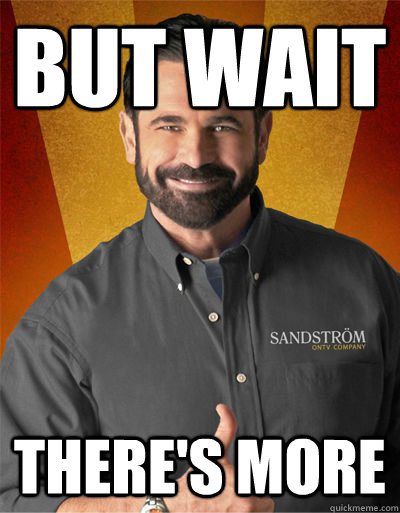 Mini-Mike promotes death panels! – Here is Bloomberg explaining to a family how he would reduce healthcare costs by just sentencing the elderly to death:

.@MikeBloomberg explaining how healthcare will bankrupt us, unless we deny care to the elderly.

A young person, we should do something. Society’s not willing to do that, yet.” pic.twitter.com/X5XGyDKxjV

All of these costs keep going up. Nobody wants to pay anymore money. And at the rate we’re going healthcare is going to bankrupt us. So not only do we have a problem we’ve got to sit here and say which things we’re going to do and which things we’re not. Nobody wants to do that. If you show up with prostrate cancer and you’re 95 years old, we should say go and enjoy, you’ve had a long life, there’s no cure and we can’t do anything. If you’re a young person, we should do something about it. Society’s not willing to do that, yet.”

I swear I don’t make this stuff up – who could? 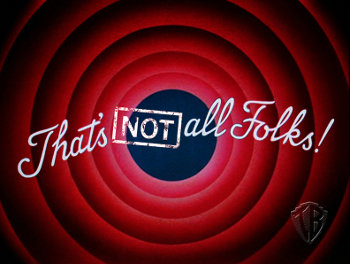 Bloomberg on how farmers lack “grey matter.” – Today, we have the leak of this video in which Mini-Mike – who has likely never stepped foot on an actual farm in his entire life – tells an audience that he personally could teach anyone how to be a farmer, and expounds on how the tech industry requires the “grey matter” that farmers apparently lack:

Well, the hard-working American farmers and machinists mocked by diminutive billionaire #MichaelBloomberg for being bereft of “grey matter” may have a few thoughts walking into the voting booth this November. #MiniMike pic.twitter.com/ykINEPdx1E

I swear I don’t make this stuff up, folk. Honestly, who could?

Yet, despite all of this unbearable arrogance, the unbridled hubris this small man puts on display pretty much every day of the week, liberal women and men stand ready, willing and most certainly able to sell their souls – and their favorite political party – to this despicable human being.

Democrats: If they didn’t already exist, no one in their right mind would ever dream of inventing them.

And the midget billionaire reinforces his chutzpah by denigrating farmers and those who work in manufacturing…
Filthy-minded little jew boy.

He is scum, loathsome and a soulless creep. But “jew-boy” is not a valid criticism. Besides, if anything, he’s an Edomite.

Bloomberg isn’t smart enough to code/program a CNC mill or lathe yet he bags on the I.Q. of those that do.
I wouldn’t trust him to properly clean our shop coolant sumps or haul the chips to scrap.

The body politic has gotten much smarter with so many internet bloggers spreading real news and Trump exposing so much of the left’s real agenda.

Gone are the days where a Napoleon can spend billions, control his exposure, drive the narrative, and win. If you were a T**d in the 1990s and beyond, and you were digitally documented as such, it will come out in a big way, and no amount of money can polish a t**d once exposed.

Everyone has a record and everyone can access and expose that record.

Have fun wasting your money Mini-Mike.

Lack of empathy and conscience is a big tell; lying is another, delusional narcissism yet another. I’ve seen more actual emotion in a carp. (Note to Little Mikey: you can’t buy empathy and a conscience.)

He’s possibly a better politician than Hillary, but that is damning him with faint praise.

“Good grief. Liberal women are defending this guy?” Why should this surprise you? Liberal feminists are interested in one thing: abortion. They never speak out on the mistreatment of Muslim women, female genital mutilation, men using women’s locker rooms and restrooms or boys participating in girls sports, which will mean the end of girls sports.

Let’s hope he wins the nomination.

One way or the other, he probably will.

I’d be planning to be anywhere other than downtown Milwaukee in July.

Obama was also a “doesn’t know what he doesn’t know” type; his ego and Mini Mikes could rub together and give us an eternal source of free energy.

I see Mini Mike as a typical Establishment Repblicrat, and typically they want to replace all of us little people with illegals who will do our work for less, and who we will be forced to train! Those are the “jobs” Mini Mike talks about: not for us, but jobs for others.

We should all just put ourselves on ice flows and drift off into the Arctic and help feed the “endangered” polar bears. Right, Mikey?

I have a better idea, Mikey: you first! Next time you get sick – (since you’re such an old f–k) don’t get medical help; just accept your fate and deal with it. I’d also like to send you, free of charge, to Wuhan. Maybe you have some investments there? Eugenics is for everyone, Mikey! Including you.

Stop and frisk was a good policy. It helped minorities. It helped everyone. It made NYC safer. We should be defending it.

Notice Mikey is against school choice, too? None of the Dims are for that. Hard to keep them on the plantation if they actually learn to read and write!

It was a good policy and it did help everyone and we should be defending it. But there are ways to talk about it and ways not to talk about it. Bloomberg did the latter.

You could say the same about Trump. Some people prefer straight talk to the lawyerly twaddle.

As Michael Kinsley once defined a political blunder, it is a politician ‘accidentally telling the truth’. Not going to go down well with Dems who want to hear well-burnished lies.

If these four examples are already out there, there must be a treasure-trove more of the stuff. And if people think Trump is thin-skinned, wait till Bloomberg starts taking fire. Trump knows this guy very well, will manipulate him, and ultimately soundly defeat him.

I would add the following to your first sentence: “….in today’s PC climate”. Personally I didn’t like stop and frisk from a 4A perspective, and that could be debated separately, but what he said about minorities and crime ridden areas is totally true. We’ll never be able to solve issues like that without being honest about it. The SJW in the Dem party won’t like him for that at all.