Why yes, yes we do. – As he toured the spanking-new, 1,000-job Louis Vuiton factory in the tiny town of Alvarado, Texas on Thursday afternoon, President Donald Trump (I still never tire of typing those three glorious words) really, truly did have this exact exchange with a French reporter:

Trump: “Well maybe we have a better President than you do.”

Somewhere, French President Emmanuel Macron, with his tiny 23% public approval rating, is sipping a glass of Bordeaux with steam coming out of his tiny French ears.

Irish Bob kept with his lifelong pattern of not really being much “competition.” – While the President was holding his massive rally in Dallas’s American Airlines Center (seating capacity 20,000, with thousands more watching on giant screens outside the arena), sad sack dilettante Irish Bob O’Rourke attempted to stage a “competing” rally in a small concert theater 15 miles away in the city of Grand Prairie.

Where several thousand Texans actually spent Wednesday night outside the AA Center in hopes of getting into the Trump Rally, here is a photo outside the O’Rourke venue taken just 3 hours before his event began: 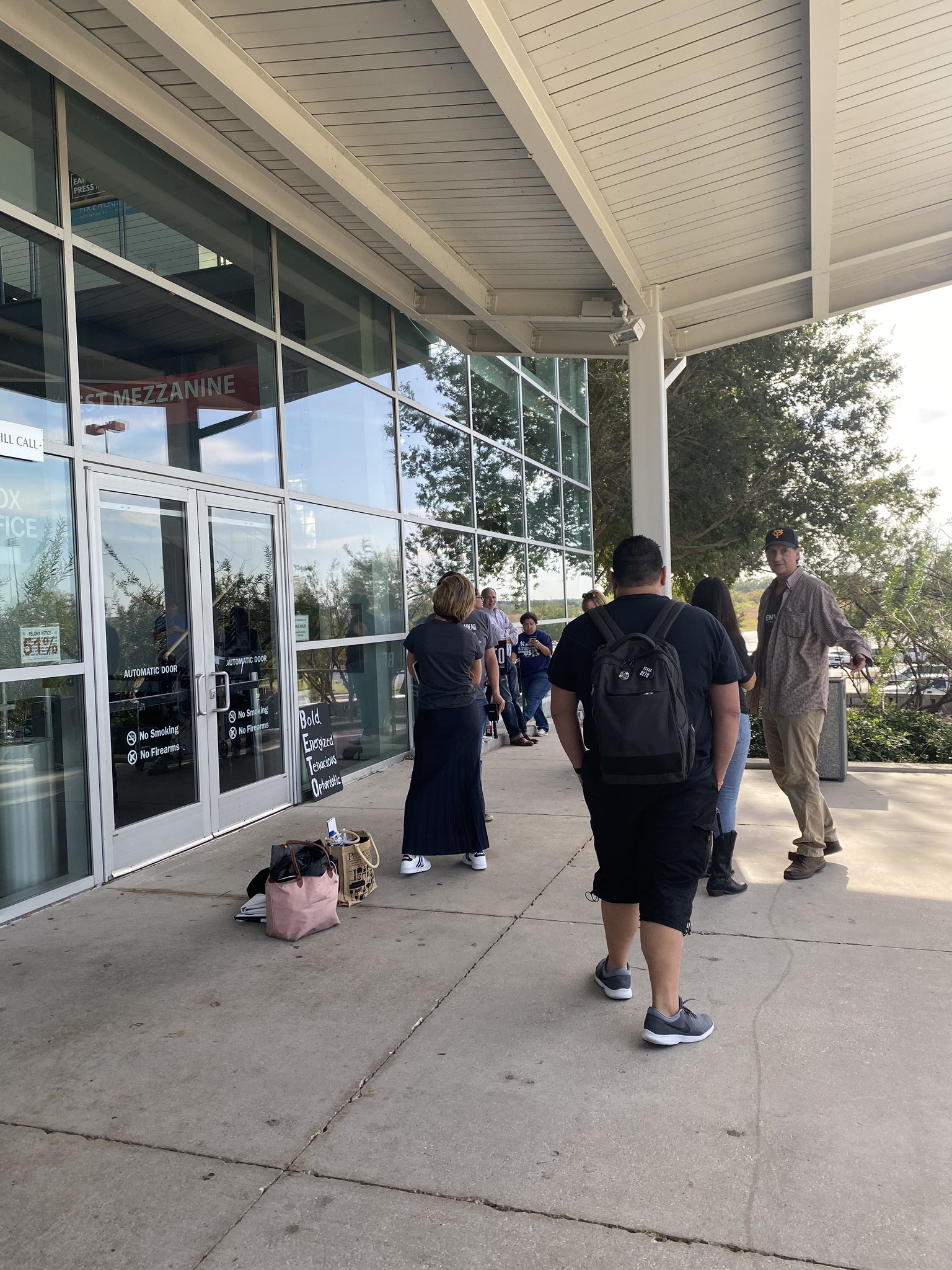 Meanwhile, here are photos of some of the tens of thousands gathered at the same time outside the American Airlines center:

The local Dallas TV stations all dutifully slanted their coverage of O’Rourke’s pitiful turnout, citing only the laughable claim by the Irish Bob campaign that attendance was an estimated “5,500.” But videos aired of the rally all showed the failed candidate standing on the venue’s stage, surrounded by maybe 200 people, with the rest of the theater kept carefully dark and camera angles kept carefully narrow so that they could not accidentally show all the empty seats:

I have now reviewed very local news coverage clip I can find out on the interwebnets, and not a single Dallas-area media outlet aired a single panning shot of the largely-empty theater. Instead, they all allowed the campaign to carefully place their cameras and restrict their movements in order to enable the dishonest coverage of the event.

This clip, from the local Dallas CBS affiliate aired shortly after 5:00, is even more pathetic. Fast forward to the :36 second mark, as the reporter tries to create the illusion of an enthusiastic “crowd” gathering outside the venue. What you’ll see is about 15 people waving signs the campaign had printed up. In fact, most of those 15 people are most likely O’Rourke campaign staffers:

In other words, the rally was an over-hyped, substance-devoid joke, just like the Furry candidate. Couldn’t happen to a more deserving guy. Honest media outlets would have covered the event and reported the facts surrounding it to their respective audiences. But the Dallas-Fort Worth area has no honest media outlets, so we get this sort of carefully-staged, coordinated in-kind contributions to the O’Rourke Campaign.

Because that is what our fake news media has become. It’s all just a show, folks.

Beato will poll at zero even if he passes out free skateboards and coloring books with a free pack of crayons.

David, if I believed the DFW media text messages I received during the great Trump rally, I would never have known he was in Texas! I received 4 text messages about the Beto non-rally & 1 relative to President Trump’s Rally. Disgusting!

Bet Beta’s wife likes having him gone. That will end, soon enough.