When will these leftists learn how to drink water? – BREAKING: We have an epidemic of dehydration breaking out among leaders of the globalist left! Check out this video of German despot Angela Merkel coming down with a case of the shakes at an outdoor ceremony yesterday with Ukrainian President Volodymyr Zelensky:

After this disturbing video was taken, Merkel told her willing accomplices in the press that she was suffering from “dehydration” and was just peachy after she went behind closed doors for a bit and drank some water. So that’s the narrative the fake news media has parrotted to the public.

What is it with these evil globalist/leftists and their seeming inability to consume water before they go out and collapse in public? I mean, who could forget this scene of the Fainting Felon…well…fainting and having to literally be thrown into her mobile hospital van by her aides as she fled the scene of a 9/11 ceremony in New York City back during the 2016 campaign?

Or how about this one, of Jerrold Nadler almost passing out cold while seated at a recent outdoor event in New York?

Nadler had to be rushed to a nearby emergency room following this incident.

Both the Coughing Crook and Jabba the Nadler also blamed their public displays of dysfunction on the handy excuse of “dehydration.” It seems to be the stock excuse used by evil leftist politicians whenever the fall ill in public.

The consistency of the excuse/narrative also tells us that it is most likely a line of smelly BS. There was a reason why the Fainting Felon traveled around in that black van during the 2016 campaign, a van that was equipped like your basic EMS vehicle: She was suffering from an array of very obvious ailments, as signaled by her constant fits of uncontrolled coughing in the middle of speeches and the fact that she has to be helped by at least one strong person to climb even a few stairs to a podium.

Jabba the Nadler used to weigh about 600 pounds, as you can see here: 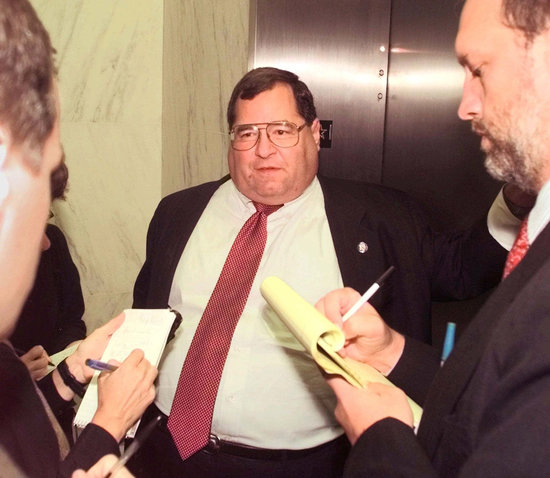 He’s lost much of that weight over the years, but is still a short little munchkin who is massively overweight. Interestingly, he seems to still be wearing the same suits, as his pants now come up to his bust line. No telling what sort of actual ailments he is dealing with.

Evil Angela, as can clearly be seen in the video above, is also woefully out of shape, and her grey pallor makes her look like a walking heart attack.

Perhaps this is just the lot in life for those who, like these three, make the projection of outright evil their life’s pursuit. Or perhaps, given the state of modern medical care, all of these individuals most likely consume several prescription medications every day, especially given their ages and poor physical conditions: Merkel is 64, the Fainting Felon is 71, Nadler is 72. Many such modern medications can lead to dehydration, especially when taken with other unrelated medications.

Everything on the political left is a narrative in action, even when its advocates become publicly ill. The stock narrative for that is “dehydration.” Because, hey, when you are a leftist politician there is no reason to tell the truth, since you know the fake news media is just going to parrot your lies.

Alcohol has that effect, too.

My money says Diabetes. If a person’s blood sugar level drops too low, it can cause this type of reaction.
I have seen it ‘sneak up’ on people who feel OK, then suddenly they are on the point of collapse.
A few swallows of Coke or Pepsi, and 10 minutes later they are back to normal.