Tired of all this Winning yet? – We’ve all been wondering how it is that Broward County Sheriff Scott Israel, the single most incompetent law enforcement officer ever put on public display, still has his job.  Perhaps we should wonder even more about Jimmy Kimmell.  Why does this clown keep getting invited back to host the Academy Awards Ceremony?  It was bad enough that the ratings for last year’s program came in at a 9-year low.  But Sunday’s 2018 version of the ceremony completely collapsed, coming in at 16% below last year’s terrible ratings, a whopping 41% down from 2014, and reaching an all-time low.  Maybe, just maybe, this year’s ratings will convince the organizers of the event to hire a host next year who is an entertainer, rather than just another social justice warrior.

Little Jimmy’s in time-out, and he doesn’t much like it. – My daughter, who is a wonderful mother, has three rules for her two precious daughters:  No whining, no whining, and noooo whining!

Poor little Jimmy Acosta, CNN’s preening fake reporter assigned to the White House, broke all three of those rules on Monday.  The man who wants to be Sam Donaldson without having to put in all that hard work or adhere to those pesky ethics isn’t getting enough attention from White House Spokesman Sarah Huckabee Sanders, and wanted to let her know about it.

After Acosta’s shouted question at Ms. Sanders as she wrapped her daily press briefing went unanswered, he tweeted “Third press briefing in a row that @PressSec did not take a question from CNN. #courage” before rushing to the nearest CNN camera so he could whine on-air about not being the center of attention.  This guy must have been a real handful for his mother when he was a toddler.

Sanders, as always keeping her sense of humor about the petulant bunch of nitwits she must deal with every day, responded on her own Twitter account with  “Courage isn’t taking “a question from CNN,” Jim. Courage is combat veterans Sgt. Peck and Staff Sgt. Dwyer – the two heroes at the briefing. #itsnotaboutyou“, which is about how you’d expect any good mom to respond to a whining 3 year-old.

So, what was the burning question to which Little Jimmy thought the world needed an answer?  “Do you expect the Justice Department to enforce all subpoenas, Sarah?”  Seriously, that was the question Acosta had shouted at her.  It’s like asking if all paint will dry or whether all Democrats and CNN reporters will lie – of course the Justice Department will enforce its subpoenas.  Why send subpoenas out if you’re not planning to enforce them?

It’s not about #courage, Jimmy, it’s about #irrelevance.  And whining – it’s about the whining.

The Nunberg Chronicles. – But Little Jimmy wasn’t the guy who made the biggest fool of himself in the nation’s capital on Monday.  No, that award has to go to former Trump campaign adviser Sam Nunberg.  Mr. Nunberg spent the entire day submitting himself to a series of progressively more incoherent and embarrassing interviews on CNN and MSNBC, as either he had more and more to drink, or some sort of chemical imbalance became progressively worse.

The main thrust of Nunberg’s ramblings began as defiance  against the abusive process being employed by Special Counsel Robert Mueller, who is using his office to destroy numerous people’s lives, forcing them to incur huge legal bills as he vainly casts about for something to hang on President Trump.  Nunberg, who has been subpoenaed to appear before Mueller’s grand jury, repeatedly claimed he would refuse to do so, until late in the day, when he hinted that he might cooperate after all.  That was during a happy hour-timed interview with CNN’s fake host Erin Burnett, who told Nunberg during the interview that she could smell alcohol on his breath.

Nunberg denied he’d been drinking, which may be true, but no one believed him.  He might want to reconsider that denial, because when you think about it, the least damaging explanation he has available to somewhat excuse his behavior is that he had a couple of martinis over lunch and said a lot of stuff he didn’t really mean.  All other possible explanations just become progressively worse.

Back to CNN, the fakest of all the #fakenews outlets has actually sent reporters over to Thailand to interview a prostitute from Belarus who claims to have information about collusion between the Trump campaign and the Russians during the 2016 campaign.  This move came after CNN spent several days referring to the woman as a “Russian prostitute”, indicating that the fakest #fakenews outlet doesn’t even know that Belarus is not, in fact, Russia.

The fake journalists at the fakest #fakenews outlet apparently consider this prostitute to be “credible” because she was once photographed with a big Russian muckety-muck who once had a meeting with former Trump campaign adviser Paul Manafort.

The truth, of course, is that CNN will resort to literally anything in order to keep its Trump/Russia “collusion” narrative alive, because that’s the deal the fakest #fakenews outlet has with the Democrat Party.  And if that means interviewing alleged drunks on-air, whining incessantly at the White House press spokesman, or sending fake reporters halfway around the world to interview prostitutes, why, that is what CNN will do.

Just another day in CNN is all fake news all the time America. 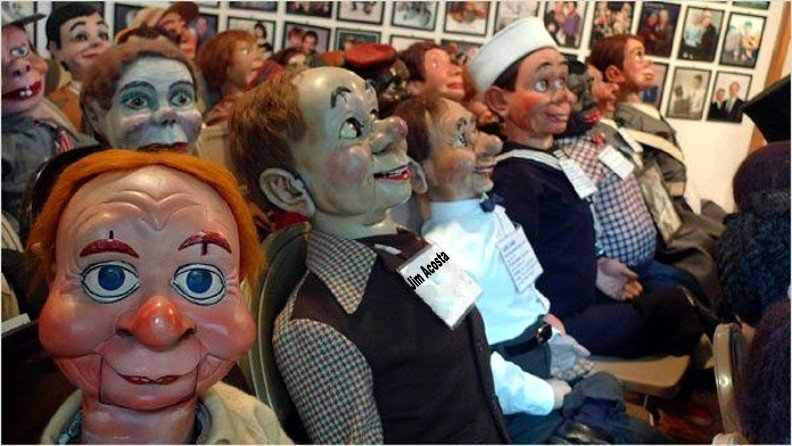 Good article, this whole Russian investigation is getting old. It is destroying lives like Mike Flynn over what? The Democrats lost an election that they thought was in the bag and Obama and his peeps are nervous about the things Trump will learn. Those little “pansy” Republicans should be on offense but they want to be liked.

Prosecutors like Mueller should NOT be allowed to punish via financial ruin those with whom they disagree politically. It’s obvious Mueller is not interested in ferreting out any REAL Russian collusion or he would call in Bill and Hillary Clinton who were so confident they were “above it all” they flagrantly conducted their scandalous activities in front of the media and politicians worldwide showing utter and compete contempt for both the American MSM as well as the American people.
There ought to be a new law introduced that prosecutors like Mueller MUST reimburse those not charged or found not guilty by a jury. If Mueller has to pay back all of these people he bankrupted, he would sure as hell not be making these political investigations. And, as for these hours on end interrogations and mental glitch ending up putting someone on the path to bankruptcy or jail also need to be stopped. Even common criminals have more rights than those being politically prosecuted. SHAME ON THE DEMOCTRATS……..I’LL NEVER VOTE FOR SUCH A BROWN BOOT OPERATION…..EVER!